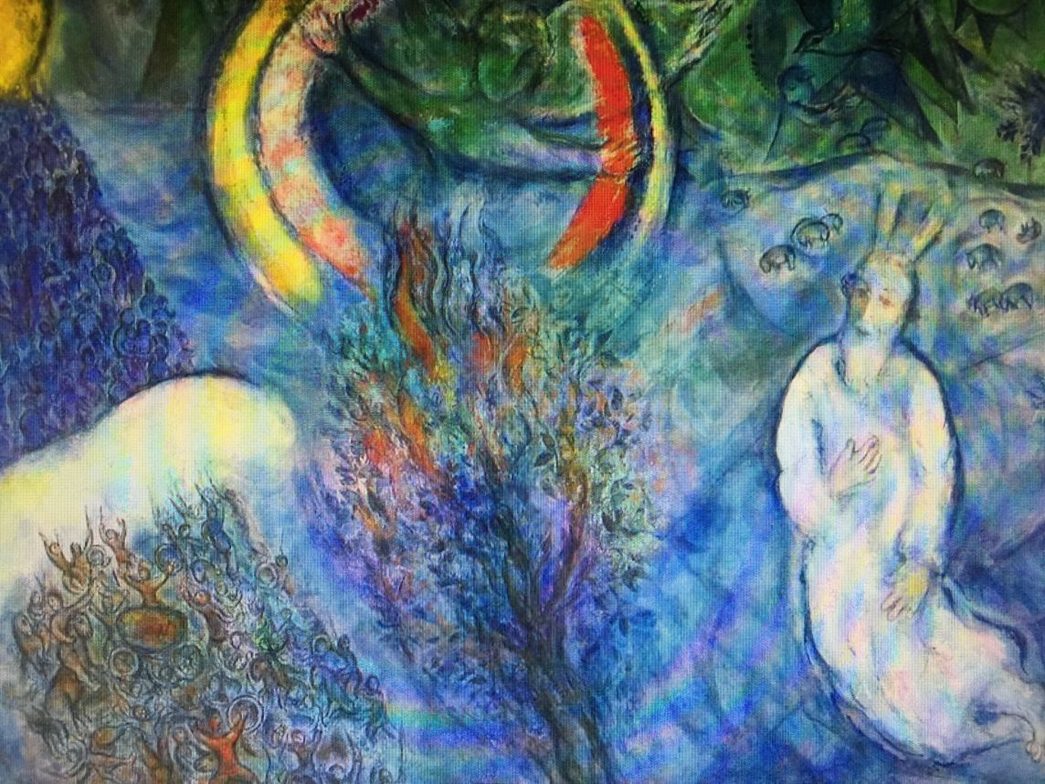 I speak to you in the Name of Jesus Christ, who loves us and manifests Himself to us. Amen.

Friends, on this the 50th Day after Easter, the Feast of Pentecost, we celebrate the gift of the Holy Spirit, whom God the Father gives to the Church of His Son Jesus Christ. For that reason, you’ll often hear Pentecost called ‘the Birthday of the Church.’

That’s how I’ve described it in the past, but as I discovered this week, it’s not exactly right.   The word ‘Church’ means ‘those who are called out by God;’ and God began calling out a people to live according to His Word at least since the time of Abraham.

But on this day, God gave His Holy Spirit to His people in a new, more powerful, more complete way, fulfilling His ancient promise to Abraham that all nations would be blessed by His offspring.   And friends, you and I are the children of that same promise.

So let me say this as clearly as I can because the point is simply too important for us to miss: The Holy Spirit is every bit as much present with us today as it was with the Church on this day some 2000 years ago. We need only accept and believe that this is so. We too can be empowered, inspired and purified to live as witnesses of Jesus Christ.

As we heard in our lesson from the Book of the Acts of the Apostles, the Holy Spirit descended on the disciples like a mighty rushing wind. And divided tongues as of fire rested on each of them. Tongues because they were called to preach the Word of God to all nations; and fire because God is a consuming fire.

All throughout the Bible, fire is always the sign of the special, holy presence of God.  What’s so remarkable about this story from Acts is that the blazing holiness of God - within whose presence no one could stand and live - that presence, that fire, now rests on human beings.  And they are not burned to a crisp, but they are consumed –  consumed with the holiness and the love and the power of God.   And with that flame burning within them, the lesson says that the disciples were sent out to speak of the mighty works of God.

So what exactly did they say? What did all those people hear in their own native language? What are these mighty works of God? We can make an educated guess.

The two mightiest works of God are the Resurrection of Jesus Christ; and the Exodus.  The true and living God - Father, Son and Holy Spirit - is the One who raised Jesus from the dead, having once before raised Israel from Egypt.   God who delivered His people from slavery, and let them through the night of the wilderness by a pillar of fire,             who revealed Himself to Moses in the burning bush, who descended upon Mt. Sinai in fire to give the Law, this God now ignites His flame within the hearts of His faithful people.

This fulfills the promise of Jesus that He will be with us to the end of the age – leading us as a pillar of fire through even the darkest night of our pilgrimage here on earth. This fulfills the words of Moses, that all the Lord’s people would be prophets and that His Spirit would rest on each of them. Now all God’s people blaze as little burning bushes, witnessing to His glory.  This fulfills the prophesies of Jeremiah and Ezekiel, that God would write His Law on our very hearts and make us a new creation in Christ.

In our Gospel for today, Jesus tells the disciples that He will ask the Father to give us the Holy Spirit, whom He calls the Helper and the Spirit of Truth; And He emphasizes, He says three times, that the gift of the Holy Spirit is bound up with loving Him and keeping His commandments. This is what it means for us that God gives us His Spirit and writes His Law on our hearts: that we keep His words and obey His commandments out of love for His Son Jesus Christ; and that we share this love and spread this flame to others.   Friends, today we are called and empowered to become witnesses of the mighty works God has done through His Son Jesus Christ.

Like little burning bushes, we are to be consumed by the fire of the Spirit, so that we are brought more-and-more into the life of God and His Kingdom, so that each of us becomes a partaker of Christ’s victory over sin and death. By the power of the Spirit given to us, we are called to deny ourselves and take up our Cross and follow Christ as our pillar of fire through this earthly pilgrimage. This means to give up our bad habits, to root out of our hearts all that ties us to the world; not to cherish bad thoughts or desires; to suppress every evil thought; not to desire anything out of self-love, but to do everything out of love for God.’

So friends, on this Feast of Pentecost, let us rejoice in the holiness, the love, and the power of the Spirit. And ‘from this day, from this hour, from this minute, let us strive to love God above all; and fulfill His holy will.’

In the Name of God, Father, Son and Holy Spirit. Amen.