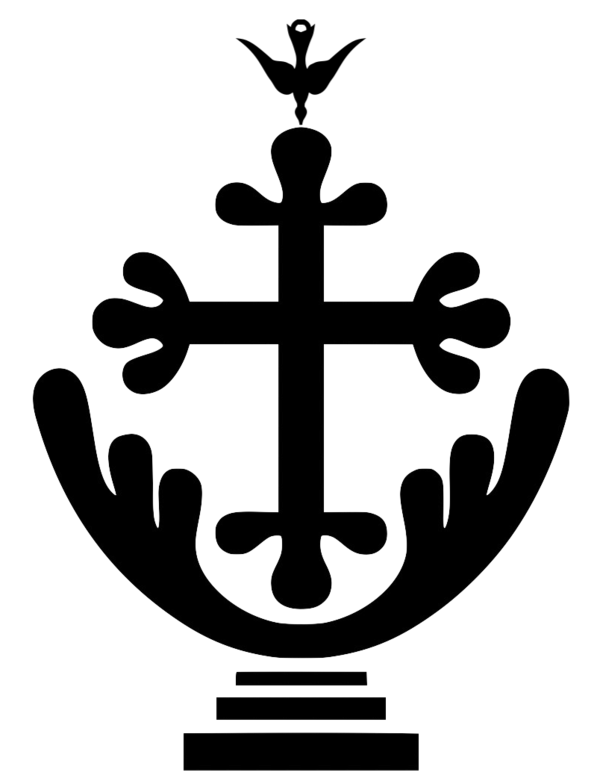 These are some contrasting human reactions to information, events and people. We experience these as normal reactions to various everyday situations. All of them are appropriate depending on the situation and we may apply them to the same person at different times.

When my wife, Valerie, tells me she loves me I believe her. When she tells me she will spend less on clothes in future I am doubtful. If she told me we were going win the lottery next week I would be incredulous, especially since I know she never buys a ticket!

We may experience some or all of these reactions in our Christian faith journey. Our Anglican tradition teaches us that it is normal and even helpful to have doubts about our faith. It is important to ask questions, to ourselves or others, because it develops our understanding and helps our spiritual growth. Today’s readings show us we are not alone in having doubts and that faith can grow out of it.

In the 1st Reading, read by for us by Barb, the apostle John has written to reassure doubters in the early church, reminding them of its foundation in the reality of the risen Christ.

Psalm 63, which we read together, is about overcoming doubts and difficulties in our search for God. And the short hymn sung by Joanne before and after the psalm invites us to allow God to lead us step by step into his ways.

The Gospel reading is the well-known story of Doubting Thomas! It follows immediately after the reading we had last week about the risen Jesus appearing to the disciples.

Thomas is not present when Jesus visits the disciples and when they tell him the good news he does not believe them. When Jesus appears the second time Thomas is present and he is convinced, saying, "My Lord and my God!" which is pretty enthusiastic for the generally cautious Thomas. But Jesus says to him, "Have you believed because you have seen me? Blessed are those who have not seen and yet have come to believe."

We usually interpret this last remark as criticism of Thomas but that seems unfair. The other disciples also not believe until they saw. They had thought that Jesus was dead and gone.

We, with the benefit of hindsight, are joyful on Easter Morning. But, as told in all the gospels, it was a fear-filled, tear-stained morning for the followers of Jesus.

Mark 16 – after discovering the empty tomb: “…they went out and fled from the tomb in terror and amazement.”

In Luke 24 when the resurrected but unrecognised Jesus meets two depressed disciples on the road to Emmaus and asks what they are talking about they reply:  “About Jesus of Nazareth. He was a prophet, powerful in word and deed but they crucified him. We had hoped that he was the one who was going to redeem Israel.”

So Thomas is no different from the other disciples in this way. Perhaps Jesus is criticising Thomas for not being with the other disciples on the day of his resurrection. Or perhaps Jesus’s remark “Blessed are those who have not seen and yet have come to believe", is quoted in the gospel for the encouragement of members of the early church and all future generations, including us.

It is important to see this story of Thomas and his doubt in perspective. Furthermore, we should understand that, despite his doubts, Thomas went on to become one of the greatest apostles. Here is his story.

The Story of Thomas

Thomas in the Gospels

Tradition has it that Thomas was a builder by trade.

He is included in the lists of the 12 disciples given in the 3 synoptic gospels (Matthew, Mark and Luke). John’s gospel doesn’t give a list but it alone contains episodes in which Thomas features and there are three stories.

We first meet Thomas in connection with the death of Lazarus, in John 11. Jesus wants to go back to Bethany (just outside Jerusalem) to revive Lazarus. However, the disciples do not want to go back because they have just narrowly escaped from being stoned to death there for heresy. A debate follows between Jesus and the disciples and Jesus concludes the discussion with the statement, “Lazarus is dead. But let us go to him.”. Thomas makes the sarcastic comment to the rest of the disciples, “Let us go then, that we may die with him.”

The second story involving Thomas occurs in John 14. Jesus has told the disciples of his coming fate of betrayal and death. The disciples are understandably upset and Jesus tries to comfort them with the following words: “Do not let your hearts be troubled. My Father’s house has many rooms; I am going there to prepare a place for you?....  You know the way to the place where I am going.”

Thomas isn’t impressed with this “warm fuzzy”, as he sees it, and responds with the sardonic comment: “Lord, we don’t know where you are going, so how can we know the way?” In the ensuing discussion it becomes clear that the other disciples didn’t get it either but only Thomas was bold enough to speak up.

These two stories show that Thomas is a loyal but not uncritical follower of Jesus who wants to know the plan and why they are doing what sometimes seems irrational or impractical. The 3rd story is the reading we had today and we have noted that Thomas was no more of a doubter than the other disciples and that he went on to become a great apostle.

The Mission of Thomas

After the commissioning of the apostles it is said that Thomas had a dream in which Jesus told him to go as a missionary to the lands to the east and south of Palestine. True to form, Thomas was at first unwilling to go these countries citing his lack of knowledge of their languages. Eventually he was prevailed on to go.

Thomas travelled through what are now Syria, Iraq, Iran, Afghanistan, Pakistan and India, making converts and founding churches. To this day Christians in those countries honour Thomas as their founder.

It is believed that he reached India in 52 AD. He founded Christian communities and did a lot of work to help the poor.

In one account, Thomas got into trouble for this. We have mentioned that Thomas was a skilled builder. According to legend, he was ordered to build a palace for the local king. However, he spent the money allocated for the palace on helping poor people. When called to account, his explanation was that he was buying for the king a greater eternal abode in heaven! It didn’t go down too well, as you might imagine, and nearly got Thomas executed. The story may be exaggerated but we see here Thomas’s familiar tendency for questioning authority and independent thinking, as well as for a cheeky wit.

Thomas died in India in about 72AD. Some say he was martyred but most believe it was a natural death.

We know about Thomas’s travels and evangelism from a number of credible sources. The apocryphal “Acts of Thomas” contains many stories about him in India. The scholar Bardaisan in the 2nd C AD writes that in his time there were Christian communities in India which claimed to have been converted by Thomas and to have books and relics to prove it. Correspondence between bishops in Middle Eastern churches from about 200 AD onwards also contain references to the churches founded by Thomas. In 1500 when Portuguese expeditions arrived in India they were expecting to meet heathens whom they would have to convert – by force if necessary. They were very surprised to be met by Christians who told them their churches had been founded by St. Thomas.

Today there are congregations in South West India who still call themselves St. Thomas Christians.

Thomas’s propensity to look ahead and think for himself led him to see difficulties and have doubts and to argue with Jesus and other people in authority. Nevertheless he was a great apostle. The legacy he leaves us is:

Thanks be to God for Thomas and all the apostles and missionaries through the ages who have overcome their doubts and difficulties to bring the good news of Jesus Christ to people throughout the world. Amen.