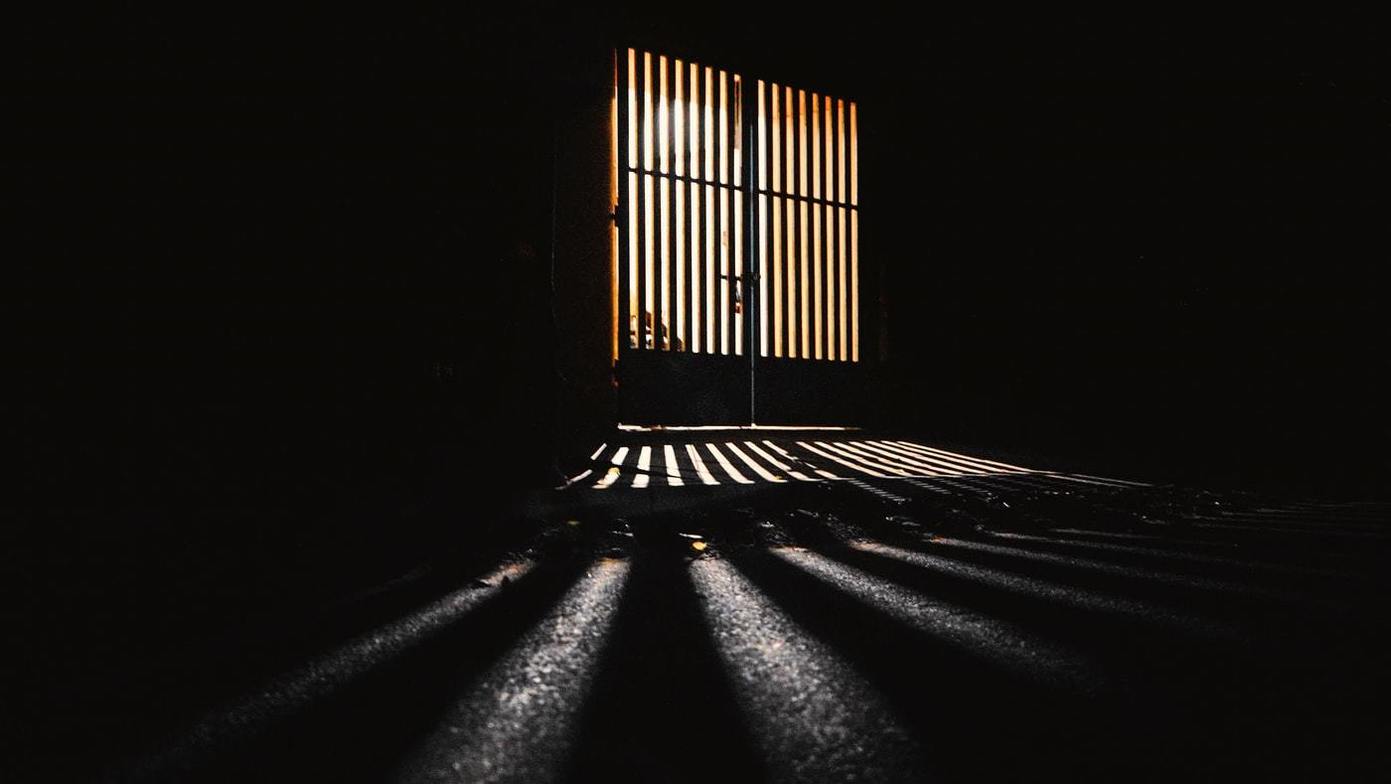 Friends, as I’ve said before, whenever we read a story from the Gospels, as we just did from Luke ch. 7, I begin with the assumption that as the gospel is opened and read in our presence, the Holy Spirit draws us into that story, so that we can see ourselves in it and identify with the various characters. We become them (or they become us) in some mysterious, yet very real way. Today, the gospel comes into our midst so as to become flesh in our hearts and lives.

So let's explore today's Gospel together:

Jesus, followed by his disciples and a great crowd, went to a town called Nain. Nain means ‘lovely’, perhaps referring to its picturesque setting on a hillside overlooking a valley in Galilee. Of course, there are lots of lovely places here in Caledon and nearby, so ask yourself, ‘Where is Nain for you?’ ‘Where is your lovely place?’

And as Jesus draws near to the lovely town, He sees a scene that is not so lovely: a funeral procession going out of the city gates, presumably to the place of burial.   In his telling of the story, Luke focuses on the dead man’s mother: the widow, as her husband had also died some time before. Widows were particularly vulnerable in the ancient world – they did not have a husband to support them, so they were dependent on the charity of others. That’s why, all throughout the Old Testament, widows were singled out (along with orphans and sojourners/foreigners), as being of special concern to God and His people. They were precious to God, who commanded His people to provide them with special care.

And in the New Testament, in Paul's First Letter to Timothy, we see that in the early church, widows had a special place. The church was committed to supporting them, and with that support, the widow was enabled to take a leading role in the prayer ministry of the church. As Paul says to Timothy, She who is truly a widow, left all alone, has set her hope on God and continues in supplications and prayers night and day. (1 Tim. 5.5). She was a kind of godmother for the whole church, upholding her children in prayer.

But the widow of Nain in today’s story had lost, not only her husband, but her only son as well. Now she must bury him, and with him bury all her hopes and comforts.

When the Lord Jesus saw her, Luke tells us He had compassion on her and said to her, ‘Do not weep.’   How could someone in such anguish and desperation be told not to cry? It might at first seem a rather insensitive thing for Jesus to say.

As you know, crying is not something we have complete control over. Yet many of us try to make special effort to avoid crying in public or even in church. For some reason we think it’s embarrassing. And yet sometimes we cannot hold it back, and nor should when we need a good cry.  In terms of our physiology, I’m not sure why God designed us to have the ability to cry, and why crying is natural and necessary for our hearts, minds and bodies when we’re grieving. If you know the answer to that question, please do let me know.

But I do know that crying in times of sadness brings cleansing and relief and renewal like a stream in a desert place. I’ve experienced that and I’m sure you have as well.

So, if it’s only natural for this widow to cry at the funeral of her only son, how can Jesus tell her to stop?   Clearly there is something more here, some basis on which we can be exhorted not to weep. What is the ground of this command?

It is simply this: that Jesus Himself has showed up and is present.

God, the creator of heaven and earth has come into our world in the person of his Son. He has visited his people, seen their sorrows, and had compassion on them. He has entered into our sorrows and even into death, in His own passion and cross. And He has risen again, triumphant over darkness and sorrow, sin and death, and has thus saved us.

Jesus meets this widow outside the city, where He, too, would be led to die and be buried, where He commanded the daughters of Jerusalem not to weep. And Jesus commands this widow not to weep, He who would Himself weep, and become the man of sorrows acquainted with grief.

And so friends, I hope we can see that this widow stands for all of us – and all the world - in our sorrow. She also stands for the church (in this part of the world) in its decline, bereaved over the loss of her own children.

In this gospel we are also represented by the figure of her son.

Our Lord stops the funeral procession of humanity about to buried in silence, darkness and hopelessness. And He touches the coffin, which according to OT law ought to make Him unclean. But in fact, His touch cleanses the dead man from the corruption of death; and Jesus commands him with one word, “Arise.”   This word is spoken by the authority of Jesus, who is both God and human. Jesus is God, by whose word the heavens and earth were made. And He is man, the first born of the dead, who is alive for evermore. Jesus Christ raises the widow’s son from death by the power of His own innocent death and resurrection. He can say, “Arise,” because He will die, be buried, descend into Hades, and rise again for him – and for us too.

Our lesson today from Ephesians is about how we can experience this life-giving power here and now in this life. Paul, an early Christian missionary and writer, writes to the church of Ephesus from prison. It may seem that Paul is languishing and withering away in prison, defeated and awaiting death. And the Ephesians were worried about him for that reason. (We might say that Paul is a bit like the widow’s son who has been raised to new life and now is comforting his mother and the other mourners).

Paul writes to assure them that despite all outward appearances, he is very much alive in Christ. And so he prays that God would give to the Ephesians (and to us) the very same life-giving gift that God had given Paul: no less than strength with power in your inner being so that God may dwell in our hearts by faith; and a deeper rooting and grounding in love; and the vision to behold and explore the unfathomable love of Christ that surpasses knowledge, that you may be filled with all the fulness of God.

Friends ask yourself: of the people we encounter in today’s readings, who do you identify with the most? Are you the widow in sorrow and without hope? Are you her son, feeling rather dead; do you feel your life (or part of it) is over in some way? Or are you like Paul in prison, feeling enclosed or constrained? Whoever you are, if you are in Christ - and Christ is in you by faith and the Holy Spirit - there is a power working in you that is greater than those outward circumstances.

What Paul is praying here, what he is modelling for us, is that while we may be sorrowful, or lifeless, or constricted by circumstances outside our control, nothing can kill nor control what Paul calls our inner being, that is, Christ within us.

The LORD sets the prisoners free; the LORD opens the eyes of the blind. The LORD lifts up those who are bowed down; the LORD loves the righteous. The LORD watches over the sojourners; he upholds the widow and the fatherless,         but the way of the wicked he brings to ruin.

Praise the Lord, O my soul; while I live I will praise the LORD; as long as I have any being, I will sing praises to my God. Amen.

'Take up the shield of faith' Well dressed 'In due season we will reap, if we do not give up'