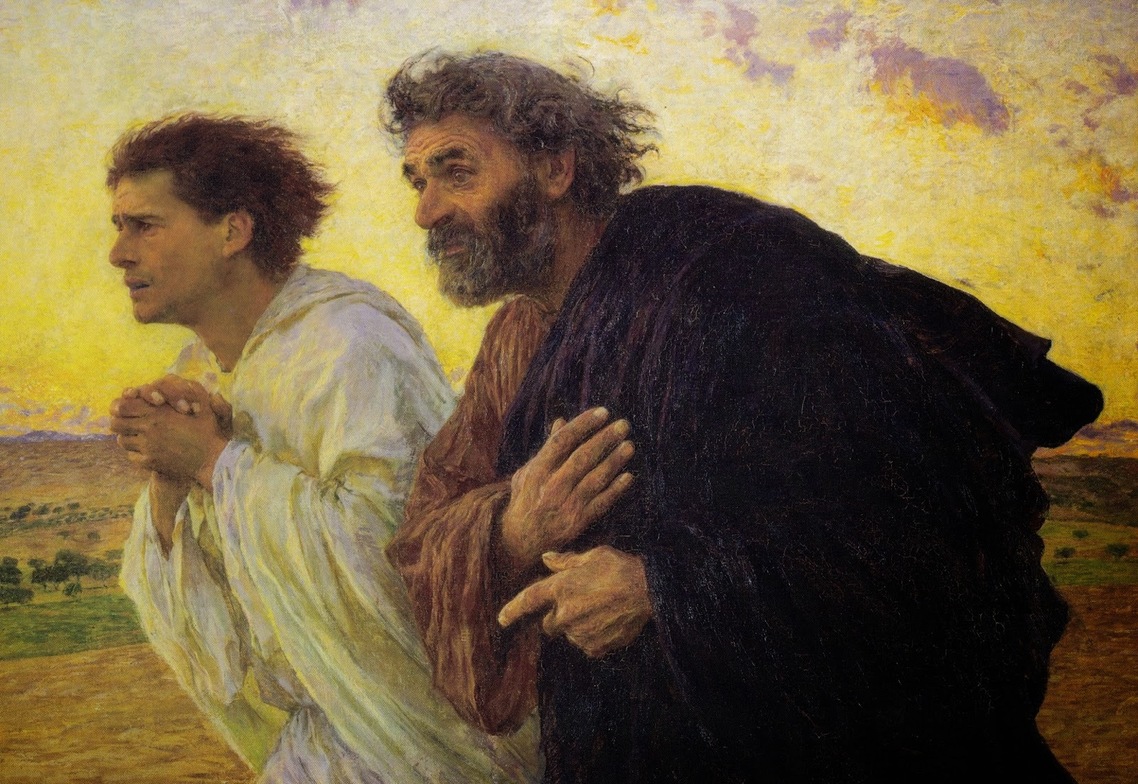 I speak to you in the Name of Jesus Christ, who is the Resurrection and the Life. Amen.

Friends, I don’t know about you, but I quite like spending time in cemeteries; and I don’t think that makes me a grim soul. I find a typical graveyard to be a peaceful place, uniquely so, a place for quiet reflection, a place to remember the lives of those gone before us, a place to ponder our human mortality, to think about the meaning of life.

In my previous parish in Saskatchewan I served seven churches, five of which had cemeteries around them; and over my six years there I had numerous burial services at each one. Some of the deceased I knew quite well and I would go back to their graves afterwards to remember and give thanks for them in a quiet moment of reflection. I do the same at the cemetery in Kingston where my grandparents are buried.

And then I often walk around and look at the other tombstones of those I never knew. I read the engraving on the marble with their names, their dates of birth and death, their family relations and so on; and I ponder what their lives might have been like and our common mortality.   So again, cemeteries are these unique places for quiet remembrance and peaceful contemplation.

Why do I mention this on Easter Sunday?

Because the grave of Jesus Christ is not like this at all! Not at all!

It is rather a place buzzing with activity and urgency, shock and surprise, fear and trembling, disbelief and detailed investigation.

Why is the grave of Jesus unlike any other? For one reason: because the tomb is empty. There is no corpse! Jesus Christ is risen from the dead, though it took His friends and followers some time to believe this (Resurrection from the dead was just as hard to believe back then as it is today).

In our Gospel reading from John we hear the story of the very first - and really the last - visit to the grave of Jesus Christ (because it was only truly a burial site for less than three days).

Mary Magdalene goes to the tomb early in the morning while it is still dark to mourn and lament the death of Jesus, her teacher, leader and the one who healed her. We do much the same at the graves of our loved ones.

Except Mary Magdalene never gets the chance to do what she came to do, because she sees from some distance that the stone that had sealed the tomb shut has been taken away. She assumes the body has been stolen by grave robbers, which was not uncommon in those days.

Mary Magdalene goes no further but turns around and runs back to tell Simon Peter and the other disciple, the one whom Jesus loved - that is, John, the author of this Gospel.

And the two of them, Peter and John, run towards the tomb. Normally a grave is not the finish line of an all-out sprint, but this is a grave unlike any other. There is more mention of running in these ten verses than in the rest of the Gospels combined - it emphasizes the disruption and urgency of what is going on here.

Friends, at this point, I’d like us to look at a striking painting of this scene that captures this urgency remarkably well. It’s by the artist Eugene Burnand, and is called: The Disciples Peter and John Running to the Sepulchre [the tomb] on the Morning of the Resurrection.

[By the way, I’ve had postcards of this painting made. They’ve been distributed throughout the parish, and there are still lots left over, so there’s one for everyone. You can pick one up from the church mailbox or we can arrange for one to be delivered to you if you’ve not already received one. Just let me know.]

Look at the faces of Peter and John. Look at their expressions. What do you see?  I assume Peter is the bearded fellow on the right. His eyes are wide. He looks stunned and terrified. John on the left is wringing his hands in worry. Both of them are disheveled with bed head, probably having been woken from sleep by Mary Magdalene with great alarm.

It is noteworthy that at the very place in John’s Gospel where we would expect to meet the risen Jesus, we first get a report of a running race to His grave.

And then at the end of the race, we get this very detailed account of the disciples’ investigation of the empty tomb, a piece-by-piece forensic analysis of the evidence of the resurrection.

John, the beloved disciple gets there first. Sure enough, the tomb is open and empty. And here’s the strange thing: the linen burial cloths in which the body was wrapped are just lying there. It seems someone has not only taken the body away, but first went to the trouble of unwrapping it. Why on earth would you do that?

Peter arrives at the tomb a few moments later and in he goes. He also sees the linen cloths, but he also notices the cloth that had been around Jesus’ head, curiously lying in a place all by itself.

Then comes the turning point. The beloved disciple goes into the tomb after Peter. And the initial idea that someone took the body away but went to the trouble of unwrapping it first seems more impossible than the alternative. He saw and believed.

He did not believe that Jesus had died and that His soul had gone to heaven. People often think that’s what is meant when we say that Jesus is risen. Just a bit later in the story, when the risen Jesus appears, it becomes explicitly clear that’s not what happened, but we see the initial evidence for it even here: the body of Jesus was not in the tomb. Jesus rose from the dead, not to heaven, though He would ascend there in 40 days. In the intervening period, He appeared to His disciples here on earth. He ate and drank with them, He showed them the marks of His crucifixion in His hands and His side, proving to them that it was really Him, that He had risen from the dead with a body - the same body He had before He died, but now renewed and gloriously transformed, never to die again..

Something new had begun – a new beginning, a new world, a new creation, a new life beyond the grave, where Death itself has been defeated and life in all its fulness has begun. Jesus Christ does not belong to the past. He is the Lord of the past and of the future and of the present.

As for the future, this means that because Death has been defeated, if we believe in Jesus and belong to Him, we and our departed loved ones will also be raised from our own graves on the last day.

And as for the present, it means that we can participate in Christ’s resurrection even now.

That’s part of the significance of all the activity and energy of the first witnesses to the resurrection at the empty tomb in today’s Gospel story, but our first reading from Colossians explains how it is that we too can participate in the resurrection.

Colossians was a letter written by Paul, an early Christian writer, to the church at Colossae, which is in modern-day Turkey. Paul wrote this letter around 62 AD. But the Church has always believed that these letters in the New Testament have a timeless significance. Because Jesus is risen from the dead and is Lord of the past, present and future, these letters are also written directly to us.

Today’s passage from Colossians begins with these striking words: If then you have been raised with Christ

You have been raised with Christ. Friends, this is a fact for us, the fundamental truth of our existence. Our calling then is to live now in anticipation of who we will be when we are raised from the dead with a new body on the last day.

Behind all of this is the question of the real you. Do you ever ask yourself: ‘Who am I, really?’

Paul answers that question for you: Your life is hidden with Christ in God. We are mysteriously caught up in the eternal life of the One who was crucified, died, rose again and now lives forevermore.

Now the ‘hidden’ part of this is a real experience for us: we do not generally appear to have risen to new life. We are all too aware of our old, earthly nature: our sins and failings, our guilt and regret, our sickness and anxiety, our grief and loss.

Yet Paul insists that this old self has died and so we must put it off. We are raised with Christ and so we must actively put on a new self in keeping with our risen state, a new nature which is being renewed in knowledge after the image of its creator.

In other words, friends, live by faith in this promise. Constantly declare to yourself the deep truth of your existence against all appearances. Your true life is part of the mystery of Christ: crucified, dead, risen and alive forevermore. This is largely hidden from the world, but revealed to the eye of faith.

This is an image used in the New Testament. Peter himself describes Christians as living stones (1 Pet. 2:5) built on Christ the chief cornerstone (Ps. 118:22)

As God stands in front of these unrefined marble slabs, He declares that we are glorious images of His risen Son Jesus Christ. Now to most eyes, we are just blocks of marble, but the artist’s vision, the sculptor’s word is an assurance that the reality of our existence is not defined by what we currently appear to be, but by what we are being fashioned into.

Paul wants us to think of ourselves in this way: we are not primarily the unhewn block, but that glorious image waiting to be revealed by the work of the master sculptor upon us.

So if we think of ourselves in this way, we will identify, think and act very differently. We will see a great deal in ourselves that does not belong to what shall become; and Paul gives us some examples: sexual immorality, impurity, passion, evil desire, covetousness, anger, wrath, malice, slander, obscene talk and lying.

All of these are destined to become the rubble chipped away as the sculpture comes into its ever more refined and glorious form.

Our collect or prayer of the day expresses this very well. We pray that God by His grace would put good desires into our minds – that vision of who we are becoming - and in God’s mercy, we ask that He would help us to bring this to fulfillment.

Friends, your life is now hidden with Christ in God because you have been raised with Christ and you have put on a new self. So settle for nothing less.

Now to him who is able to do far more abundantly than all that we ask or think, according to the power at work within us, to him be glory in the church and in Christ Jesus throughout all generations, forever and ever. Amen. (Ephesians 3:20–21)