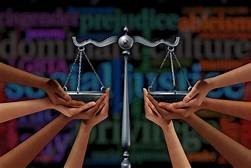 Shortly after Japan's entry into the Second World War on December 7, 1941, Canadians of Japanese descent were forcibly removed from Canada's West Coast. Although there was very little evidence to show that they posed any threat to Canada's security, "military necessity" was used as a justification for their mass removal and incarceration. The order in 1942, to leave the "restricted area" and move inland from the West Coast, was made under the War Measures Act, and it affected more than 21,000 Japanese Canadians. Many were held in livestock barns in Vancouver's Pacific National Exhibition grounds, before being moved to hastily-built camps known as "interior housing centres" in British Columbia. Many men were separated from their families and sent to road camps in Ontario and on the British Columbia/Alberta border. Small towns in the British Columbia Interior — such as Greenwood, Sandon, New Denver, and Slocan — became internment quarters, mainly for women, children, and the aged. To stay together, some families agreed to work on sugar beet farms in Alberta and Manitoba. Those who resisted and challenged the orders from the Government were arrested by the RCMP and incarcerated in a barbed-wire prisoner-of-war camp in Angler, Ontario.

In a recent movie, a young man told the story of being forced to wear a sign that said,” I am Chinese.” He was ashamed to say that at the time he was glad he was not Japanese.

Despite government promises to the contrary, the "Custodian of Enemy Alien Property" sold the property confiscated from Canadians of Japanese descent; the proceeds went to auctioneers and realtors, and paid storage and handling fees. The remainder paid the small allowances given to those in internment camps. Unlike prisoners of war who were protected by the Geneva Convention, Canadians of Japanese descent were forced to pay for their own internment. Their movements were restricted and their mail censored.

As the Second World War drew to a close, Canadians of Japanese descent were strongly encouraged to prove their "loyalty to Canada" by immediately "moving east of the Rockies" or signing papers agreeing to be "repatriated" to Japan when the war was over. They moved to the Prairie Provinces, Ontario and Quebec. About 4,000, half of whom were Canadian-born and one third of whom were dependent children under the age of 16, were exiled to Japan in 1946.

In September 1988, the Government of Canada formally apologized in the House of Commons and offered compensation for wrongful incarceration, seizure of property, and the disenfranchisement of Canadians of Japanese descent during the Second World War.

The challenge confronting Canada today is to move forward while acknowledging the past and addressing today's racism and discrimination", notes Dr. Ayman Al-Yassini, CRRF Executive Director. "The apology and redress, on behalf of the people of Canada, which the Federal Government made for the Chinese Head Tax and Exclusion Act, and the apology and redress to Japanese Canadians over 20 years ago are two critical milestones recognizing Canada's acknowledgement of its past. With an increasingly diverse society, there is a need for Canadian institutions to root out systemic and overt racism by implementing strong anti-racism initiatives".