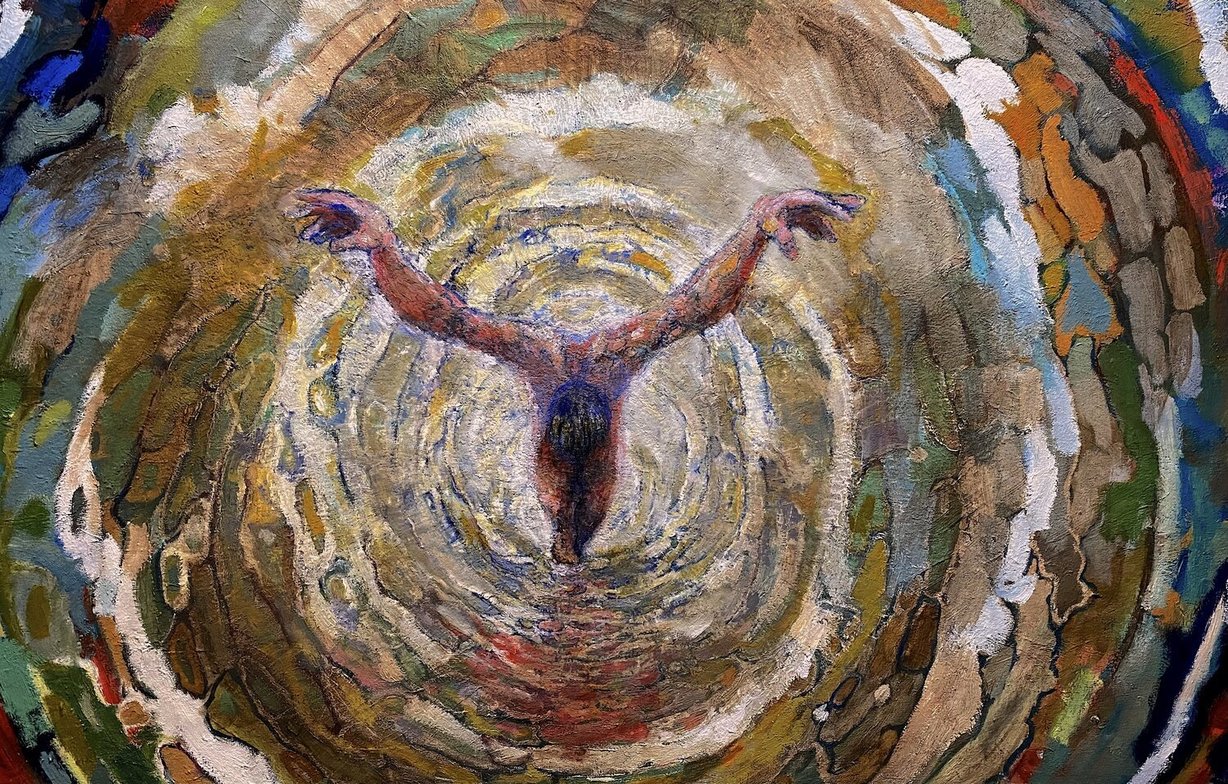 I speak to you in the Name of Jesus Christ, who loved us and gave Himself up for us (Eph. 5:2).

There is an extraordinary new book that has been making waves lately – even though its subject of church history may not at first seem riveting. The book is called: Dominion: How the Christian Revolution Remade the World by the British historian Tom Holland.

Holland’s main argument is that ‘the Christian revolution,’ or the spread of the early church and its message, totally upended the values of ancient society; and this had had a pervasive influence in shaping the Western world, even to this day.

And crucially, Holland demonstrates that this Christian revolution began with the crucifixion of Jesus and radiated out from His cross.

So why was the cross of Christ so revolutionary?

The cross has, of course, become a familiar symbol in the Church and in wider culture. But Holland takes pains to make it less familiar through 'a brutally realistic account of what crucifixion meant in the ancient world. To be put to death on a Roman cross was the worst fate that anyone at that time could have imagined. We can see this in the very fact that our word “excruciating,” which designates the most agonizing kind of pain, comes from the Latin ex cruce (literally, ‘from the cross’).

But more than the awful physical suffering of the cross was its unsurpassed humiliation. The crucified person was stripped naked, nailed to two pieces of wood, mocked and shamefully treated and spit upon and left to die over the course of several hours or even days.

And then, even after death, the body was often given over to be devoured by the birds of the air and the beasts of the field. It was the most degrading experience possible, so much so that crucifixion was not even mentioned in polite society.

So the fact that the first Christians proclaimed a crucified man as the risen Son of God, the King of kings and Lord of lords, could not have been a more comical, unnerving, and revolutionary message. It upended all the ancient world’s assumptions about God, humanity, and the right ordering of society.

For example, if God could be identified with a crucified man, then even the lowest and most forgotten members of the human family are worthy of love. And the earliest followers of Jesus not only declared this truth but lived it out by lovingly caring for the homeless, the sick (even during pandemics), they cared for the elderly and unwanted newborns who were left outside to die of exposure.

These sacrificial acts of compassionate love made the Christian message even more subversive and revolutionary.

Today you and I take for granted that every human being is worthy of respect, that all people are bearers of equal rights and dignity, that compassionate love and self-sacrifice are the most praiseworthy ethical attitudes and actions. The deeply-held values are the product of our Christian cultural formation. They do not come from anywhere else. In ancient civilization, none of these notions held sway.   And again, this world-transforming revolution of Christian love began at the cross.

And friends, this upcoming season of Lent is all about our journey with Jesus to His cross so that we may be healed and transformed by His love.

As we heard in our Gospel today, the first twelve disciples could not grasp the idea that Jesus would suffer death on the cross. You and I have the benefit of hindsight, we can see the full story in retrospect.

But what is hard for us to see is that that we as Christians must deny ourselves, take up our cross and follow Him; that we too will suffer in this life before we enter into glory; and that our times of suffering tend to be when God’s glory and love are most clearly revealed to us.

Friends, if we are given eyes to see, then our suffering will not lead to despair, but will strengthen our faith,    clarify our hope and finally, deepen our love: our love for God and for one another.  The blind beggar in today’s Gospel was no stranger to suffering. Not only was he blind, he was desperately poor and socially marginalized. And yet he is the one who sees Jesus for who He really is: the Son of David, the Messiah, who has come to establish God’s everlasting Kingdom of righteousness, peace and love.

Yet it was the blind beggar who was rich in the things that mattered most: His faith in Jesus as the Son of David; and His hope in Jesus and His healing mercy. The blind man’s faith (and hope) made him well.   Though he suffered from physical blindness, he could see in a deeper, spiritual sense. And for this he was rewarded by having his eyesight restored, so that he could see Jesus face-to-face and follow Him, glorifying God.

At first, the blind beggar walked by faith, not by sight (2 Cor. 5:7); and then, by God’s grace, his faith became sight.

And friends, much the same is true for us in our own Christian walk. We are called to believe and trust in Jesus though we cannot see Him. We walk by faith (and hope), not by sight. And as we walk, we are called to develop with patience that deeper, spiritual vision. That vision is to see and know Jesus for who He really is so as to be always assured of His loving, healing mercy.  When the focus of our faith and hope is set squarely on Jesus, we will see and experience His love – and this will make us more loving.

Our reading today from Paul’s First Letter to the Corinthians describes exactly how we are to love others.

To love someone means to desire good for that person, and then to give of yourself to bring about that person’s good.

So friends, just as the blind man had his sight restored, here’s an eye-opening little exercise for you to do: Read Paul’s description of love and every time the word ‘love’ appears switch it with your own name to see how you measure up.

So for me it would be, ‘Chris is patient and kind…’  In my case, even just saying that is painfully awkward, because I confess to you that I usually do not measure up to that lofty description. So ask yourself:

So how did you do?

If you’re anything like me, you will have come up short in most, if not all, of those areas - and perhaps especially in one or two.

So that leaves us with a problem: God calls us to love in this way; and yet we cannot. It seems to be an impossibly high standard for us.

Indeed, there is only one who has ever met this standard of love; there is only one who can be perfectly described in this way, and that is Jesus Christ: in His ministry of compassion, in His suffering, in His death on the cross, in His Resurrection, His ascension into heaven, in His asking of the Father to send the Holy Spirit  , the love of God shed abroad in our hearts.

We see love perfected in Jesus.

That’s why He, as love-in-the-flesh, was able to submit to the forces of hatred, and bear all the consequences of our human failures to love.

This is love, not that we loved God, but that He loved us and sent His Son to be the atoning sacrifice for our sins (1 Jn. 4:10, NIV).

So friends, as we prepare to embark on this Lenten journey to the cross - and perhaps take up the Lenten disciplines of prayer, fasting and almsgiving - remember that the point of it all is for us to be renewed in love.

So think about where are you most lacking in love. Is it in patience or kindness? Are you irritable? Are you struggling to forgive someone for a wrong done to you in the past? Do you have a long list of wrongs done to you? Or are you having difficulty bearing and enduring a particular relationship or circumstance in life?

Whatever it is for you, say to yourself: ‘If Jesus could give Himself up completely and love me to the end, then by His strength and example I can love others too.’

However you may be lacking in love - and we all are in some way - know this: as you continue your walk through life towards that day when you shall see Jesus face-to-face you will be healed, renewed and eventually perfected in His love by the power of His Holy Spirit.

In the Name of God, Father, Son and Holy Spirit. Amen.