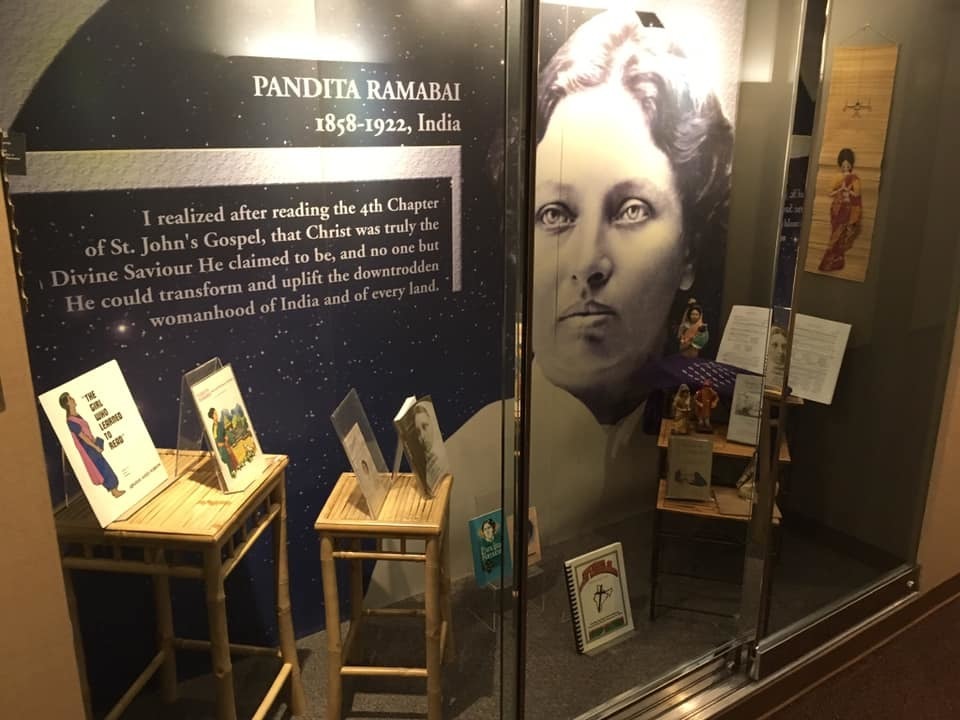 'I realized after reading the 4th chapter of St. John's Gospel, that Christ was truly the Divine Saviour He claimed to be, and no one but He could transform and uplift the downtrodden womanhood of India and every land.'

Pandita Ramabai was a poet, prophetic social reformer and champion of the emancipation of women. Her life in a wonderful expression of today's reading from the Letter of James: Religion that is pure and undefiled before God the Father is this: to visit orphans and widows in their affliction, and to keep oneself unstained from the world. (James 1:27 ESV)

A high caste Brahmin woman, she received a scholarship to study in England in 1880. During her time in England, she became a Christian but never lost sight of her goals for the social system in India. She clung to her roots and upon returning to India helped plant churches which had Sanskrit writing instead of the Latin still used in England. Ramabai attempted to combine her new Christian vision with the culture of her birth, using this mix to promote social change in India. As a Brahmin, she was well positioned as an evangelist to bring both men and women to Christ due to the caste’s image as social leaders.

In addition to her prodigious writing, she founded the Arya Mahila Sabha in 1881, the very first Indian feminist organization. She studied, as well as taught about, the issues surrounding Indian women and spoke out against child marriage.

She established the Mukti Mission in 1889 as a refuge for young widows who were abused by their families. In Marathi, her native tongue, the word "mukti" means liberation. The Pandita Ramabai Mukti Mission is still active today, providing housing, education, vocational training, and medical services, for many needy groups including widows, orphans, and the blind.

Pandita spent fifteen long years translating the Bible from Hebrew and Greek into Marathi. According to her biographer, there has yet to be another production of the Bible in all of church history, from translation to printing and binding, that is entirely the work of a woman.

Everliving God, you called the women at the tomb to witness to the resurrection of your Son: We thank you for the courageous and independent spirit of your servant Pandita Ramabai, the mother of modern India; and we pray that we, like her, may embrace your gift of new life, caring for the poor, braving resentment to uphold the dignity of women, and offering the riches of our culture to our Savior Jesus Christ; who lives and reigns with you in the unity of the Holy Spirit, one God, now and for ever. Amen.