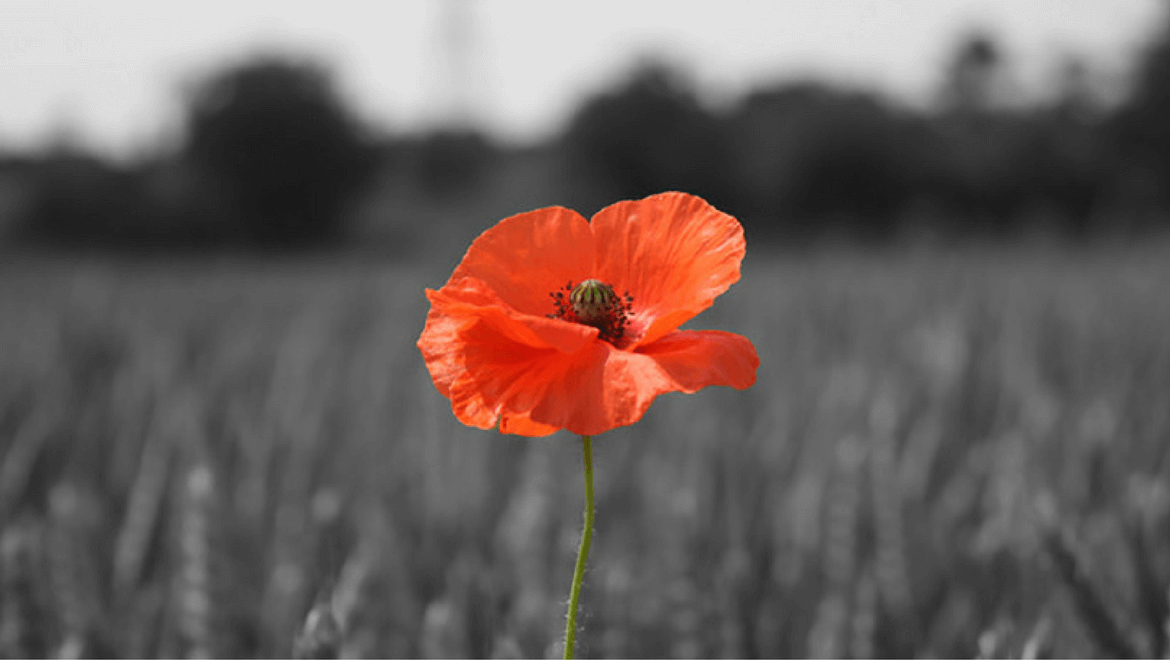 Lord, guide my thoughts and my words. Lord give us open hearts, open minds – open to you and your light. Amen.

Today, on the anniversary of the WW1 Armistice, we remember and honour those who gave their lives in conflicts to give us peace and security. Last year was the 100th anniversary of the Armistice when the guns fell silent after 4 long years of fighting in WWI. Many ceremonies were held around the world last year on that Sunday, the 11th November in 2018, to remember those killed and wounded in conflict, with millions participating.

So does 2019 seem like an anti-climax? Well it shouldn’t! 2019 is also a landmark year: it is the centenary of the official ending of WWI and establishment of peace with the signing of the Treaty of Versailles in June 1919. While this treaty wasn’t perfect it provided a comprehensive settlement that, with goodwill among nations, could have brought lasting peace in Europe. (Subject for history debate/lecture!)

The Armistice which we commemorate on Remembrance Day was only a provisional agreement to cease actual fighting. A state of war continued to exist between the Allies and the Central Powers. For example, the continuing Allied blockade of the Central Powers exacerbated the existing hardship and deprivation of their civilian populations. It contributed to the shocking statistic that a third of all babies delivered in Lower Austria in the winter and spring of 1919 were still-born. Furthermore, the threat of a resumption of fighting still existed. In April 1919, as the peace negotiations dragged on, the Allies were planning a new offensive to culminate in the occupation of Berlin. This was not peace!

So what is peace? The readings today all deal with some aspect of peace.

An ideal vision of peace was given in the 1st Reading from Micah: disputes are settled by arbitration, everyone lives in peace and nobody tries to acquire more at the expense of others.

In the psalm the author imagines that God has intervened to stop wars and that all live in peace under his rule.

Then we heard Jesus proclaim the Beatitudes in the 2nd Reading and they are almost a recipe for peace: we should honour the victims, the mourners, the meek, the merciful and the peacemakers.

Let’s explore this further, considering some symbolism and some concrete examples, starting with an event on Remembrance Sunday 2018.

In Britain, as usual, the annual ceremony of laying of wreaths at the cenotaph at Whitehall in London took place. Prince Charles laid the first wreath on behalf of the Queen, who was watching from a balcony.

Then something unprecedented and special happened: the President of Germany, Frank-Walter Steinmeier, followed Prince Charles in laying a wreath in what the British government said was an historic act of reconciliation. The wreath bore the following hand-written message:

"Honoured to remember side by side, Grateful for reconciliation, Hopeful for a future in peace and friendship".

Sadly, this gesture of reconciliation and friendship was controversial in Britain with a minority complaining that it was an offence to veterans. Clearly some people hadn’t forgiven Germany for the two world wars.

It also shows that perhaps they do not appreciate the full meaning of the cenotaph.

Not a place where bodies are buried.

Most of those who fought and died in the Great War were buried close to where they fell; bodies were not repatriated.

But provided a focus of grief for those who had no grave at which to mourn their loved ones.

However, it has a clear Christian connotation, as well: it reminds us of the empty tomb at the first Easter, so it stands also for resurrection. This is not just about the fate of the individual soul following death, but also about the ultimate return of God’s kingdom of peace in a world of violence and hatred.

This interpretation is emphasised by the symbolism of cenotaph: often tower or column pointing skyward as if to God’s kingdom in heaven. The concept is expressed musically in the hymn, “I Vow to Thee…” which we sang earlier in the service:

In the first verse, “I Vow to Thee My Country” is a good sentiment when our country seeks justice and peace and it is right that we honour those who made “undaunted, the final sacrifice”.

But in the second verse the hymn reminds us that that there is “another country” to which Christians have an ultimate loyalty, “and her ways are ways of gentleness and all her paths are peace”.

Significantly, the cenotaph at Whitehall was first unveiled at the Peace Day Parade of July 1919 which celebrated the real end of the war with the signing of the Treaty of Versailles. Note that it was called a “Peace Parade”. rather than a “Victory Parade”.

So the cenotaph is not only a commemoration of our lost ones, but it is also a symbol of the hope for peace.

True peace is not just an end to fighting, it is also about former enemies becoming friends. Peace is the outcome of a process involving forgiveness, reconciliation and friendship.

First and most difficult step is forgiveness. It is difficult to forgive isn’t it? Reactions to laying of wreath by President of Germany show this. The need for forgiveness is also relevant to more recent conflicts, e.g. Korea, Vietnam, Afghanistan, Falklands, Iraq, and applies equally to conflicts between people and communities.

So forgiveness is essential because you can’t be reconciled with someone you haven’t forgiven - but it is difficult. We can’t always see a clear path to forgiveness but I’ll share with you three examples which are significant to me and may be meaningful to you.

Firstly, Jesus provides the most powerful example of forgiveness. He participated in the celebratory Passover meal with all his disciples including Judas whom he knew was about to betray him. When he was crucified he said, "Father, forgive them, for they do not know what they are doing." He also forgave his disciples who had abandoned him during the crucifixion.

The second example concerns my Mother. Both my parents served in the RAF during WWII. My mother was as a radio operator with Fighter Command which attempted to defend Britain against German air attacks. As a result of her wartime experiences she found it difficult to forgive the Germans for a long time after the war. So, for instance, she wasn’t very pleased when my work in the European space programme during the 1970’s involved close collaboration and frequent visits with German companies, in particular the Dornier Aircraft Company who had made the dreaded Dornier bomber in WW2!

After my father died, my mother remarried and my stepfather had also been in the RAF. But he served after the war, in Germany, at the start of the Cold War. He participated in the Berlin Airlift and made friends with many Germans. He attended several reunions hosted by grateful Germans. Eventually my mother accompanied my stepfather to one and was surprised to find the Germans polite, hospitable and charming. At last, in her 80’s, my mother was able to forgive and become friends with people she had resented for so long.

Thirdly, a striking example of forgiveness during WWII. In 1941 the port of Swansea in South Wales was heavily bombed by the German air force. The town centre was shattered and engulfed in flames. Hundreds of residents were killed and thousands were injured and made homeless.

The Welsh poet Waldo Williams was walking home across the distant Prescili Hills and could see the glow of the town in flames. His struggle to hold on to his Christian beliefs of love and forgiveness in the face of the violence and destruction are expressed in his poem “The Peacemakers”. He did remain true to his beliefs inspired by the example of his deeply religious and forgiving parents, and expressed his beliefs through his poetry and in his life as a citizen, schoolteacher and headmaster.

The anthem you will hear in a few minutes is a setting of his poem, “The Peacemakers”.

We give thanks for our deliverance in past conflicts and for those who sacrificed themselves for us. We also ask for peace and reconciliation in the world.

The long lists of names of the dead on our cenotaphs are a warning about what happens when peace and reconciliation fail.

The cenotaphs honour those who gave their lives for their country and their cause. They are also a symbol of that greater hope for which they died, and for which we are now responsible.

May they rest in peace. May we never forget their sacrifice. May forgiveness and love rule in all our hearts.