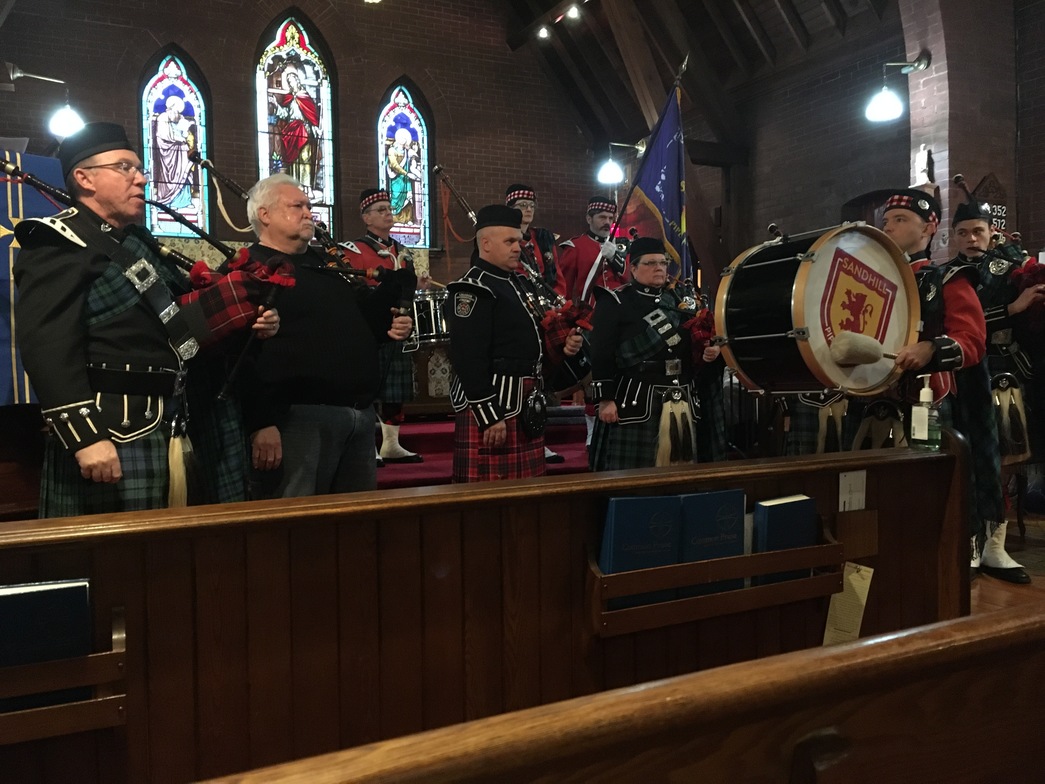 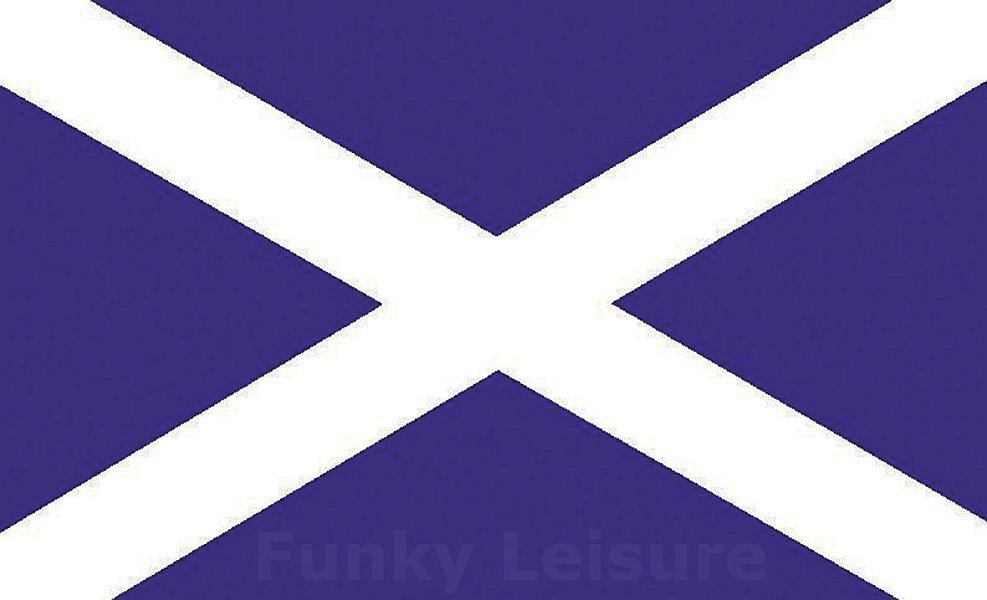 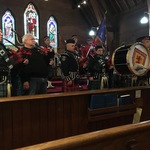 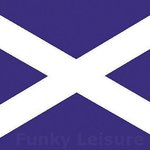 Yesterday, the 30th November, was St Andrew’s Day which is also celebrated as the national day of Scotland.

Andrew was born in the village of Bethsaida on the Sea of Galilee. He was the brother of Simon Peter and a son of Jonah.  His name is Greek and no Hebrew/ Aramaic name is known for him. It means “manly”, that is strong or brave. It was fairly common for more educated or Hellenised families in Palestine to give their children Greek names and implies that his family was in this category. Andrew appears to have been a partner in the family fishing business.

Matthew and Mark tell us that Andrew and Simon Peter were called together to become disciples of Jesus and "fishers of men" as Jesus was walking along the shore of the Sea of Galilee and saw them fishing. However, the Gospel of John says that Andrew was a disciple of John the Baptist, which led him, to Jesus. Andrew recognized Jesus as the Messiah and introduced him to Peter. So Andrew was Jesus’s first disciple and he is known as the "the first called" in the Eastern Orthodox Church. The two brothers became disciples of Jesus and later left everything to follow him. Andrew was one of Jesus’s closest friends and disciples so was present at some important occasions as in Jesus’s ministry. It was Andrew who told Jesus about the boy with the loaves and fishes in John’s account of the feeding of the five thousand. Andrew was one of four disciples with Jesus on the Mount of Olives and asked about Jesus’s second coming.

Andrew was an active and much-travelled apostle. He is reported to have preached in Achaea (central Greece), Thrace (north-eastern Greece and European Turkey), Moesia (Bulgaria), Dacia (Romania) and Scythia (southern Ukraine/Russia). This involved a long missional journey through Greece and the Dardanelles, along the west coast of the Black Sea and around the north coast, perhaps as far as Crimea. It testifies to Andrew’s determination, strength and resourcefulness. On his travels, he founded the see of Constantinople and consecrated its first bishop which later became the patriarchate of Byzantium in the Orthodox church. The legends that he travelled up the Dnieper River as far as Kiev and even to Novgorod seem unfounded. They may be an artefact of rivalry between the Eastern and Western churches, where the patriarchate of Kiev was trying to assert foundation by the “first disciple” which would trump the see of Rome’s foundation by Peter (the second disciple, according to John). Nevertheless it ensured that Andrew would be adopted as the patron saint of both Ukraine and Russia.

Andrew is believed to have been executed by crucifixion at the city of Patras in the northern Peloponnese of Greece. Early accounts indicate that he was crucified on a normal Roman cross of the kind on which Jesus was crucified. Nevertheless a tradition grew up that Andrew had been crucified on a diagonal or saltire cross — supposedly at his own request, as he deemed himself unworthy to be crucified on the same type of cross as Jesus had been. This seems dubious since surely the disciples would have wanted to follow the master. Furthermore, it seems biomechanically unlikely that crucifixion would work on a diagonal cross. Let’s try it out at the next Bible Study! The legend and iconography of the martyrdom of Andrew on an X-shaped cross does not seem to have become common until the Middle Ages.

I’m afraid I’m going to disappoint the Scots among us today! There is no evidence that Andrew ever visited Scotland. His lengthy missionary journeys in Greece, European Turkey, Bulgaria, Romania, Ukraine and Russia make it unlikely that he could also have travelled to the opposite end of Europe. However, some of his remains have ended up in Scotland. Andrew's connection with Scotland may have been emphasised by the Celtic bishops following the Synod of Whitby in 664, where the Celtic church was out-manoeuvred by the Roman church. At the Synod of Whitby, King Oswiu of Northumbria ruled that his kingdom would calculate the date of Easter and observe monastic dress according to the customs of the Roman church, rather than those practiced by the Celtic monks. It was a major set-back for the Celtic church. The Roman church representatives had invoked St Peter as their first bishop and claimed he controlled the gates to heaven. This rather upstaged the leader of the Celtic church, Columba, who admitted he had no such power and it was decisive with the superstitious secular leaders wielding the real power at the conference. The Celtic bishops may have thought that the adoption of Andrew, "the first to be an Apostle", as their patron, would, in future negotiations, counter the prestige of the Roman church, whose patron, Peter, was only the second disciple! Whatever the origin, the connection of Andrew with Scotland became very strong and many churches in Scotland of various denominations are named after him.

Andrew's remains were initially preserved at Patras in Greece. Most of the relics were moved to Constantinople around 357. However, some of them seem to have been transferred to Rome later and it is from there that they came to Britain, probably as part of the Augustinian mission in 597. They were initially deposited at Hexham in Northumbria but when its bishop Acca left, or was driven out, in 732 he took them with him to a town in Scotland subsequently known as St. Andrew’s and they have remained there ever since. These relics apparently comprise a knee cap, an arm bone, three fingers and a tooth. They comprise the only known physical connection between St. Andrew and Scotland.

Legacy Andrew played an important part in the spreading of the Gospel after the death and resurrection of Jesus and travelled to many countries. He is the patron saint of several countries apart from Scotland, including: Russia, Ukraine, Romania and Barbados. The Scottish king, Óengus II, is said to have appointed St. Andrew as the patron saint of Scotland in thanksgiving for overcoming an invading English army in AD 832. He had prayed for victory the night before and vowed to honour St. Andrew if successful. On the morning of the battle, white clouds seemed to form an X-shaped cross in the blue sky. Óengus and his army were inspired by this sign, accepted battle and, though fewer in number, were victorious. The flag of Scotland depicts Saint Andrew's saltire cross in white (the clouds) against a blue background (the sky).  Upon the union of Scotland and England in 1707, it was incorporated into the Union Flag which comprised the red cross of St. George and the white cross of St. Andrew on a blue background. It subsequently evolved into the union flag we know today with the addition of the red saltire cross of St. Patrick. This in turn features in the flags of many former British colonies and can can be seen in the flag of Ontario.

In summary, Andrew was a member of the “inner circle” of 4 disciples in whom Jesus confided and whom were chosen to witness key events in his ministry He was a determined and resourceful apostle. His unwavering apostolic devotion led to his martyrdom at Patras in Greece. Let us give thanks for the life and ministry of Andrew in spreading the good news of Jesus and let his example inspire us in our ministries. Amen.