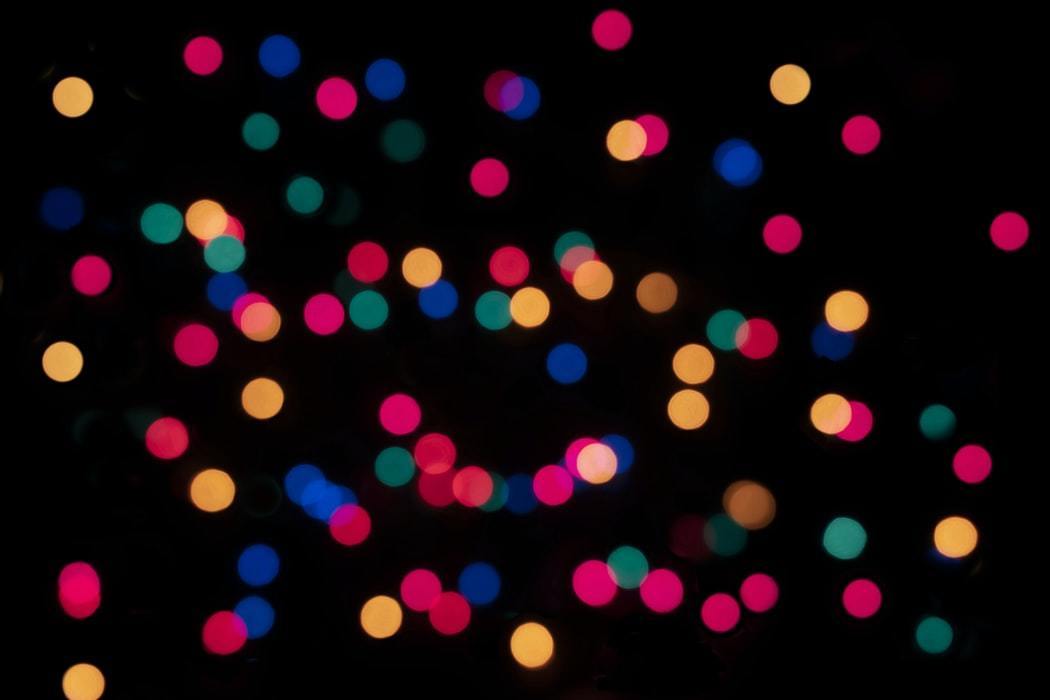 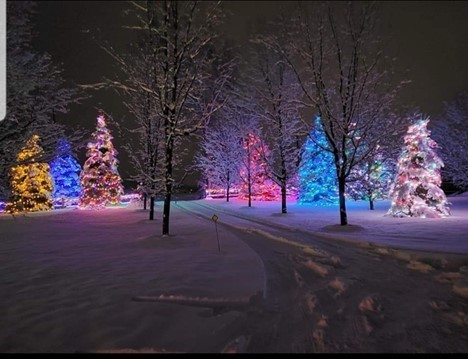 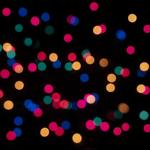 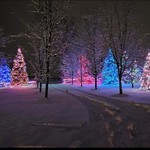 Last night as a church community we gathered at the home Todd & Chris as they turned on their 15 thousand Christmas lights for the first time this season. We sang carols in the glow of those lights and under a clear night sky with an almost full moon and stars. The lights in the heavens were reflected here on earth.

A few weeks ago, I took advantage of the last warm day of the year and put up Christmas lights on our house. (I only have 270 lights, not 15,000!). Initially my plan was that I would not turn them on until today, this First Sunday in Advent. But then I noticed that many of my neighbours were turning on their lights even though it was only mid-November.

And apparently this year, a lot of people are doing this. A recent headline in the Washington Post reads: ‘It’s dark outside. Families are putting up Christmas lights early to offset the gloom.’

‘It’s dark outside.’ Of course the days are now noticeably shorter as we approach the Winter Solstice. And the signs of the coming winter are all around us: the leaves have fallen, the trees are now bare, we’ve had snowfall, the air is cold. We know that winter is near – but that also means Christmas and New Years are approaching.

And we are all eager to say goodbye to the year 2020 after these 9 long months of pandemic. That of course is the ‘gloom’ referred to in that headline.   A psychologist quoted in the article says that Christmas lights and decorations can help lift people’s spirits during this depressing time of lockdown. And so I encourage you and your families to put up extra decorations and Christmas lights this year.   Christmas lights are a hopeful sign in dark times. They are an expression of a verse from the great Christmas Eve Gospel, John chapter 1: The light shines in the darkness, but the darkness has not overcome it.

In our Gospel reading for today from Mark ch. 13, Jesus mentions another encouraging sign in dark times:   From the fig tree learn its lesson: as soon as its branch becomes tender and puts out its leaves, you know that summer is near. So also, when you see these things taking place…

What are these things taking place? They are the signs Jesus describes at the beginning of this passage:

The sun will be darkened, and the moon will not give its light, and the stars will be falling from heaven, the powers in the heavens will be shaken. It sounds like Jesus is describing the end of the world; and yet He tells His hearers to see through this frightening scene and notice an encouraging sign of new life.

What on earth is Jesus talking about here?

Let’s begin with the dark and foreboding imagery about the sun, moon and stars.

If you read the rest of Mark ch. 13, it’s clear that Jesus is predicting the fall of Jerusalem and the destruction of its Temple – something that really did end up happening in the year 70AD, less than 40 years after His death and resurrection.

At the beginning of ch. 13, Mark sets the scene for us:

As I said, Jesus turned out to be right. Remember that in the first century, Judea was under cruel and oppressive occupation by the Roman Empire. The historian Josephus (and other sources) tell us that leading up to the year 70AD, one Roman emperor succeeded another, each with violence, murder and civil war.

And finally, as the Emperor Vespasian made his way to Rome to receive the crown, his adopted son Titus entered Jerusalem, burnt the Temple, destroyed the city and crucified thousands of Jews. Josephus describes the horrific scene of the siege: how the citizens of Jerusalem starved, resorted to cannibalism, fought each other desperately for scraps of food.

(I suppose the closest modern parallel to this terrible event might be the Siege of Leningrad during the Second World War, which was much worse in terms of its length and loss of life. But as classical music fans will know, even that horrendous event gave birth to a remarkable piece of music,Shostakovich’s Symphony #7, and its performance lifted the spirts of the besieged people. It brought encouragement in a very dark time).

So what language could one use to describe something like this? The fall of Jerusalem and its Temple was an event so cataclysmic that it must have felt like the end of the world. They probably wished it was the end of the world! And so in His prophesy and prediction of this event, Jesus describes it in terms of cosmic catastrophe: the sun is darkened, the moon is eclipsed and the stars are falling.

But important we realize that Jesus doesn’t just come up with this graphic description of sun, moon and stars by Himself, He borrows quite intentionally from the prophetic language from the Old Testament.

And to understand this we have to go all the way back to the beginning.

In the creation story in the Book of Genesis, on the 4th day, God creates the sun, moon and stars as lights and rulers in the sky (Gen. 1:14-19).

Before the fourth day, God was the direct governor of time. He made it light and ended the light. On Day 4, however, the LORD delegates authority over days and times to the heavenly lights; they become the clocks of creation. They are set in the heavens to mark seasons, days, and years.

As we know, sun, moon and stars have critical physical, biological, and cultural functions in the universe. All life on earth depends on the sun. The moon drags the tides to and from the sandy shore. Stars help sailors navigate the dark seas.

And these heavenly lights keep time for us, don’t they? We know the day is over when the sun sets. We track months by phases of the moon. Everything in the Old Testament calendar was pegged to the moon (and so is Easter for us today). The revolution of the earth around the sun marks the limits of the year.

And so because these heavenly lights had this governing authority, they were seen as signs and symbols of earthly rulers and political events. The most famous example of this is the Star of Bethlehem - a sign announcing the birth of Jesus Christ, the King of Israel and ruler of all nations.

So now if we return to today’s Gospel, we have a better understanding of what Jesus means here when He predicts the fall of Jerusalem and its Temple.

The sun will be darkened, the stars will be falling from heaven and the powers in the heavens will be shaken. That is to say, all the old points of reference were about to dissolve. The fixed points of navigation and time were disappearing. The old religious order centered on the Temple was about to be destroyed. A few centuries later, the political and economic order of the Roman Empire would be eclipsed.

In other words, to use a phrase we’ve been hearing a lot today in this pandemic, the ‘old normal’ was passing away. The world was transitioning into a ‘new normal.’

Friends, as we hear this Gospel story today, I think it’s helpful for us to look back to AD 70, the fall of Jerusalem, and absorb the once-for-all significance of that moment in history when this cataclysmic transition took place. It was not the end of the world, it was not the end of the space-time universe, but it was the end of an old world order. And yet, catastrophic though it was, it was also the beginning of something new - the Christian era.

Today, amidst the present pandemic and lockdown, we hear people expressing a similar hope (including the late Alex Trebek in a video released after his death). The hope is that the ‘new normal,’ whatever it looks like, will be better, that a better society would emerge out of this, that God would somehow bless this time to the welfare of the world.

That’s why Christ’s  image of the blossoming fig tree in today’s Gospel has particular relevance for us - a positive image in a negative time. It was a sign that God had not lost control of history, but that He is bringing it to its predetermined end.

So in today’s Gospel when Jesus speaks of the heavenly lights, the sun, moon and stars being overthrown, positively He’s saying that a new age is about to begin.

So what replaces the sun and moon and stars as signs, governors, and keepers of time?

The answer is Jesus Himself - and in Jesus, us. God has given new ruling authority to the Sun of Righteousness, Jesus Christ, the bright morning star (Malachi 4:2; Revelation 22:16 ).

Friends, today, on this First Sunday in Advent, we begin a new church year; and mercifully we also prepare to say goodbye to the year 2020 in the Gregorian calendar, as we approach a new year: 2021 AD, Anno Domini, the Year of Our Lord - 2021 years since the birth of Christ.

We mark time in a Christian way to honour Jesus, who is the Lord of the Ages, the Ancient of Days, whose Advent has begun a new age in human history. And this season, He also wills to being a new and brighter chapter in your life and in the life of this church.

In His light shall we see light (Ps. 36:9). Through the faith, hope and love that Christ gives us, we are privileged to be the light of the world. We shine like the stars as we witness to His good news (Dan. 12:3). We are people of the day. That’s what St. Paul means in our second reading from Romans when he encourages us to put on the armour of light, which is the same as putting on Jesus Christ Himself. Reflect the heavenly light of Christ here on earth.