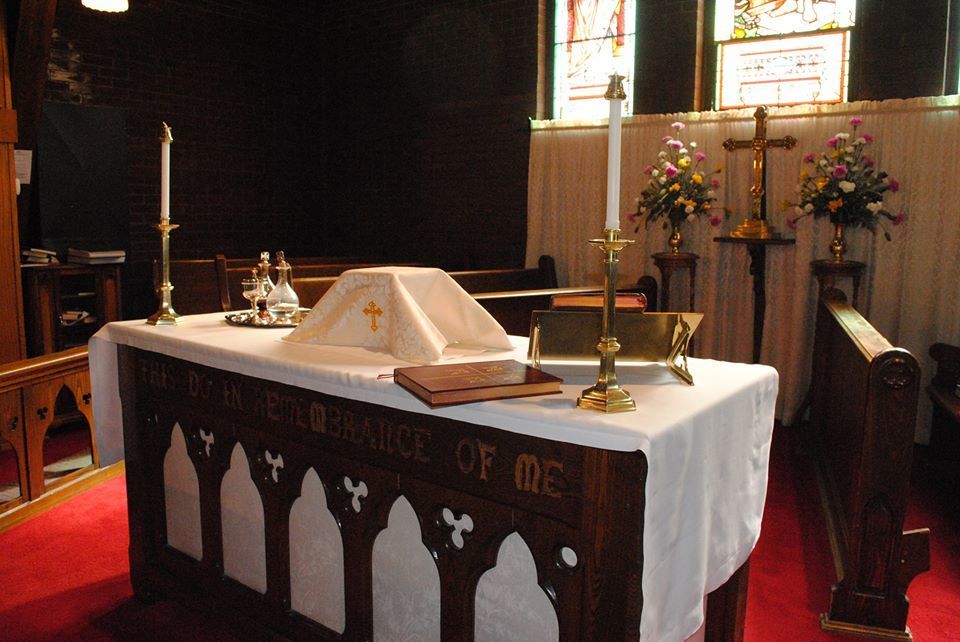 Join us for Holy Communion in our beautiful sanctuary.

'Mary was called the Magdalene because she was a woman of Mag’dala, a village in Galilee. In the Gospels it is said that Jesus cast seven demons out of her and that she was one of a group of women who followed him and used their wealth to provide for the rest of his companions.

Mary accompanied Jesus to Jerusalem, and three of the evangelists — Matthew, Mark, and John — give her first place among the women disciples who stood nearby while their Lord was crucified. All the Gospel accounts agree that, on the morning of the third day, she went to his tomb in order to anoint his corpse — and was astonished to find the tomb empty, except for mysterious strangers who told her that Christ was risen. According to John, it was just then that Mary became the first to behold and speak with the risen Lord himself; John also reports that Jesus appointed her to proclaim the news of his resurrection to the apostles. For this reason Mary Magdalene is regarded as their equal by the Eastern Church, for she was the apostle to the apostles.'

Stephen Reynolds, For All the Saints