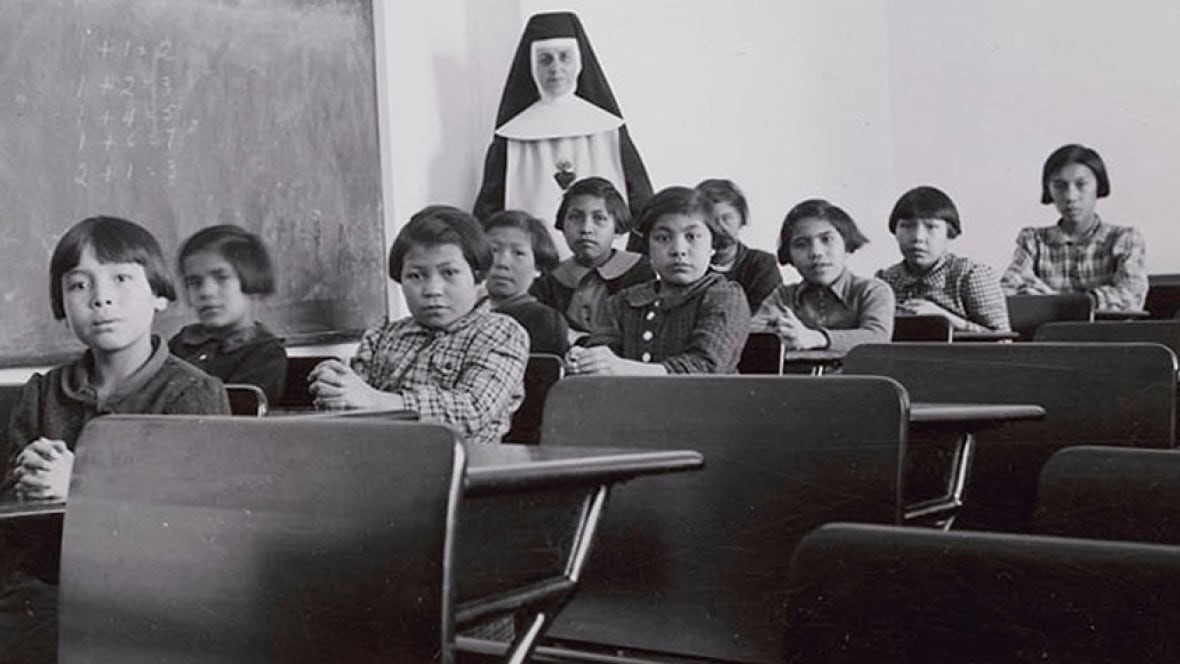 “The great aim of our legislation has been to do away with the tribal system and assimilate the Indian people in all respects with the other inhabitants of the Dominion as speedily as they are fit to change.” –Sir John A. Macdonald,1887

At first, the government sought partnerships the Anglican, Roman Catholic, Presbyterian, and other churches to operate small schools and carry out this mission of Indian education for the state. Enrollment was not mandatory. But from 1883 onward, the government sought a system to enroll all First Nations children in schools. The government eventually chose the boarding schools, or the system of Indian Residential Schools, to assimilate the Indigenous Peoples of Canada.  Roughly 150,000 Indigenous students (mostly from First Nations communities) went to residential schools, although a great number attended day schools.

Students enrolled in residential schools were taken away from their families and culture and placed in the care of the schools’ religious instructors. While both types of schools had a mission of civilizing the Indigenous Peoples and were run by the churches, the residential schools left the most painful marks on Indigenous Peoples in Canada. They struggled with inadequate government funding and supervision, poor and unsuitable nutrition, unsanitary conditions, and poor medical care. Some students were subjected to sexual abuse or excessive physical punishment. Students lived in crowded dormitories and were rarely isolated when sick. This practice made the schools prone to outbreaks of diseases, and they were hit hard by tuberculosis and flu epidemics, including the Spanish flu epidemic of 1918. Overall, more than 6,000 students died in the residential schools.

Until the late 1950s, residential schools operated on a half-day system, in which students spent half the day in the classroom learning basic reading, writing, mathematics and religion and the other half at work. The theory behind this was that the work would help students learn skills that would allow them to earn a living as adults. However, the reality was that work had more to do with running the school inexpensively than with providing students with vocational training.

Not long after the residential school system emerged, critics began to object to the schools’ poor funding, insufficient care for student health, limited academic success, and failure to create young “assimilated Indians.”  These criticisms did not lead to change until years later. By the 1940s it was obvious to both the government and the missionary bodies that the schools were ineffective, and Indigenous protests helped to secure a change in policy. In 1969, the system was taken over by the Department of Indian Affairs, ending church involvement. The last residential school closed its doors in 1996.

The final report of the Canadian government’s Truth and Reconciliation Commission, published in 2015, outlined several “undeniable” conclusions about the system: First, the federal government failed to set clear goals and standards for education at the residential schools. Second, the curriculum at residential schools was essentially an elementary curriculum, which reflected a belief that Indigenous people were intellectually inferior. Third, the government did not develop or implement a policy regarding teacher qualification. Fourth, the teaching staff was, in general, underqualified, overworked and poorly paid. Fifth, the curriculum (which emphasized the “four Rs” — reading, writing, arithmetic, and religion) was not only basic but also largely irrelevant to the students’ needs, experiences or interests. Sixth, students left school without the skills they needed to either succeed in their home communities or in the “broader labour market.” Moreover, many of them left without completing their education.

In summary, the education and vocational training provided by residential schools was inadequate and poorly funded by the government. The schools were created by Christian churches and the Canadian government as an attempt to both educate and convert Indigenous youth and to assimilate them into Canadian society. However, the schools disrupted lives and communities, causing mental, emotional and physical harm for some, and long-term problems among many Indigenous peoples. The intergenerational effects of the trauma include lower levels of educational and social attainment, interpersonal violence, and broken relationships between parents and children. Residential schools undermined fundamental aspects of Indigenous cultures by separating Indigenous peoples from their traditional knowledge and ways of life, languages, family structures, and connections to the land.