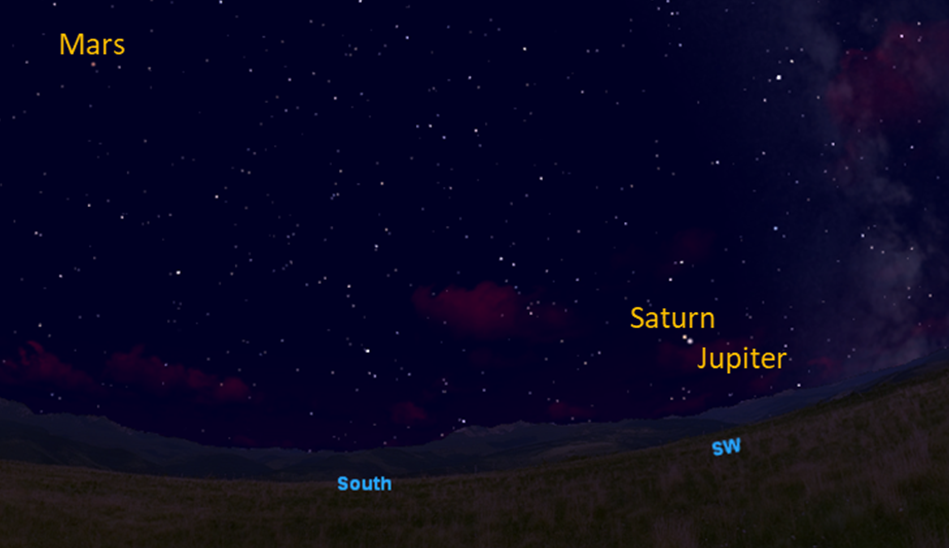 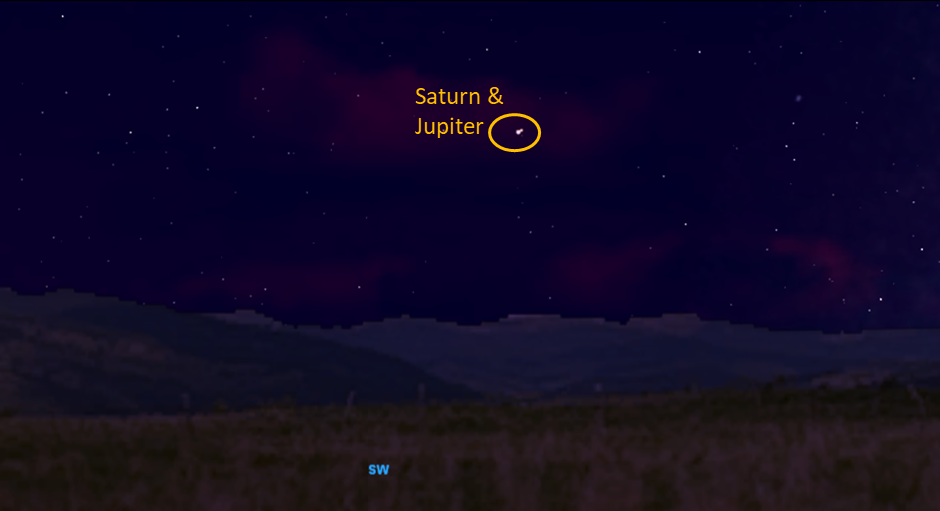 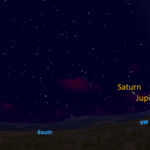 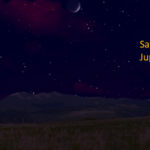 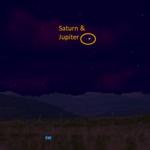 There have been articles in the news media recently about the imminent conjunction of Jupiter and Saturn on 21st December, and I expect there will be some more this week. Some of them mention the possibility of this being the original Nativity Star or “Star of Bethlehem”. It’s definitely not, since no Jupiter-Saturn conjunctions occurred during any credible year for the Nativity. However, a spectacular and, so far, unique Jupiter-Venus conjunction took place in 2BC, as the centrepiece of a sequence of highly symbolic astronomical events in 3BC to 2 BC. This is the subject of my illustrated talk “The Star of Bethlehem – Fact or Fiction?” which I presented at St James last December and which Chris has asked me to present again during Epiphany (via a virtual meeting this time).

Having said that, I look forward to watching the progress of this conjunction this week as long as the weather cooperates! It’s the first time that they will be so close as to appear as a single star since about 800 years. The best time to view it from Southern Ontario is between about 5.30 and 6.30 pm when it will be low in the SW sky and quite visible since it’s after sunset.  A viewpoint with a clear view to the horizon is advisable.

The two bodies are already very close as can be seen in the image for 14th December below, generated by my astronomy computer program. The two subsequent images show the predicted situation on the 18th and 21st. On the latter day they will be at closest approach and will appear as one very bright star to the naked eye. Of course, they aren’t really close to each other in space – they’re hundred of millions of kilometres apart - but simply lined up with Earth.

I hope this is of interest and that you might be able to take a little time to enjoy this rare event. It may not be The Star of Bethlehem, but some people are calling The Christmas Star and I think it’s a good name. In these dark times, due to both solstice and Covid, our solar system, manifesting the glory and majesty of God’s creation, provides us with a beacon to cheer us up.

'Arise, shine, for your light has come.' 'Let all flesh bless his holy name forever and ever.' New Year's Message from Fr. Chris