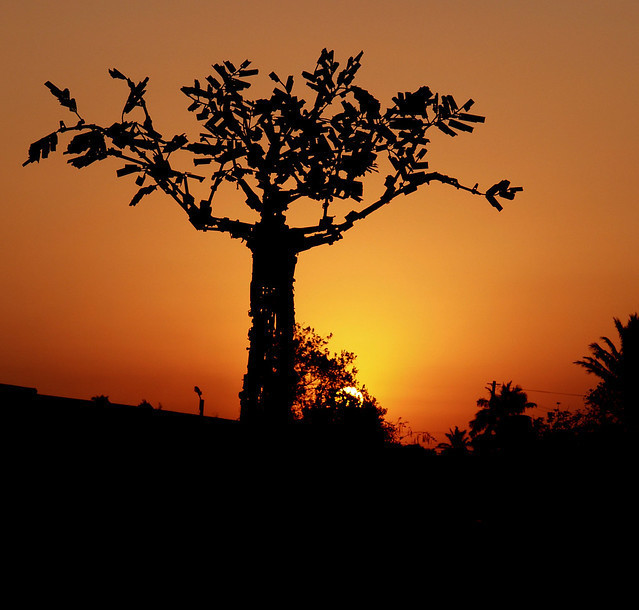 I speak to you in the Name of Jesus Christ, the Prince of Peace. Amen.

This past week I was speaking to a member of St. James who lamented that this year, the lead up to Remembrance Day seems to have taken something of a back seat in the media and in our minds because of the pandemic and the turmoil of the U.S. election.

Hopefully this Wednesday, Remembrance Day will indeed get the attention it deserves, because I think this year we need it more so than ever.

We need to remember how those who have gone before us endured wars, plagues like the Spanish Flu, the untimely deaths of loved ones, political upheaval, the rise and fall of nations and their rulers. We need to be inspired by the example of our forebears’ courage, sacrifice, and longsuffering – and their steadfast faith in God, the ruler and judge of all.

I don’t speak from personal experience, but it has been said and I can imagine, that really the only way you could go on living after being victimized by war and terror, without seeking revenge, would be to trust in God as ruler and judge, to know that one day He will make these wrongs right by bringing comfort and peace and rendering a true and righteous judgment.

In today’s Gospel, Jesus says that God the Father has given Him authority to execute judgment, because He is the Son of Man.

Jesus is not only the divine Son of God, but also the truly human Son of Man – a title that refers to the eternal world ruler as foretold in the Book of the Prophet Daniel:

And to him [the Son of Man] was given dominion and glory and a kingdom, that all peoples, nations, and languages should serve him; his dominion is an everlasting dominion, which shall not pass away,   and his kingdom one that shall not be destroyed. (Daniel 7:14 ESV)

This is the One who will come again to set the world right, to usher in a new creation, a new world society of perfect peace, and His reign will involve Him judging the living and the dead.

Now I realize that this talk of final judgment might make us uncomfortable, but I want to insist that it is part of the gospel, the good news of Jesus. Judgment is good news, you say – how can that be? Let’s do a little thought experiment: imagine for a moment if there were no final judgment. That would mean that the evil which runs rampant in this world would have the last say; the tyrants and oppressors of history would never be held accountable for their deeds, innocent victim would never be raised up and vindicated.

Deep down I think we need to know that there is this universal bar of justice. If there is no final judgment, then very simply, there is no hope for the world.

The Gospel, the good news, is not only that there is final judgment, but that Jesus Himself is the judge – and no other. A human being has been made judge – and a human being who suffered the worst of what this world has to offer, one who can identify fully with the poor, the oppressed, the victims of violence and brutality.

The same One who lived among us, opened the eyes of the blind, healed the sick, the same one who preached the Sermon on the Mount and the Beatitudes, who gave His disciples a new commandment to love one another – this One and no other is the judge; and true to His loving character as revealed in the Gospels, He will execute justice with grace and mercy.

Jesus Christ died on the cross and was raised from the dead. He ascended into heaven as King. And He will come again on the last day as ruler and judge. And because Jesus is judge, that means that the tyrants of the world are not judge, human history will not give final judgement - Jesus is judge and no other. And friends, that is very good news indeed – without it, there would simply be no hope for the world.

It is possible to experience even now the peace and stillness of God in the midst of this pandemic and the political turmoil south of the border (and mercifully the latter might just be improving, though I’m not quite ready to say that just yet!).

Also from Psalm 46: The nations rage, the kingdoms totter; but when God utters His voice, the earth melts.   In the beginning, the Word of God spoke creation into being; and on the last day, that same Word, the voice of Jesus from His throne, will cause this old, broken world order to melt away, so that His Kingdom can come in all its fulness.

It’s a kingdom we hear described so beautifully in our first reading from the Book of the Prophet Micah.

Just before this passage, Micah speaks of God dismantling the old world order; and now the prophet moves to a vision of God rebuilding a new world order. Micah describes in detail the life of this peaceable new world: God will judge and decide disputes among the peoples; and so disputes will no longer be settled by recourse to war and violence. Peace will prevail among the nations. And as a result, every individual will enjoy the fruit of their own labour in security.

And at the end of our reading from Micah, we hear the people of God respond to this announcement and pledge that they will walk in the Name of the LORD towards this blessed end in the New Jerusalem, the eternal city of peace, endeavouring to make it a reality here and now.

And friends, that is what we will do today at the end of this service in the Act of Commitment: pledge ourselves anew to serve God and all humanity in the cause of peace. But really that’s what we do every time we pray the Lord’s Prayer: “Thy will be done on earth as it is in heaven.” That’s what we do every Sunday in worship, as we come before the heavenly Mount Zion (Heb. 12:22), which on the last day will come down from heaven to heal and renew the world (Rev. 21:1-5). Justice shall roll down like waters, and righteousness like an ever-flowing stream (Amos 5:24).

In the vision of the New Jerusalem that Micah sees, peoples and nations will turn their weapons of war into tools of labour for peace and prosperity. In that great and famous line: they shall beat their swords into ploughshares and their spears into pruning hooks.

This verse has been expressed in an extraordinary work of art commissioned jointly by the British Museum and Christian Aid, and created by artists in Mozambique after the end of that country’s long and bitter civil war.

The work is a sculpture of the tree of life from the New Jerusalem as envisioned in the Book of Revelation (Rev. 22:2). This sculpture stands nine or ten feet tall, with branches spreading nine or ten feet in all directions. In it and under its shade are birds and animals. And the whole thing – tree, creatures, and all – is made entirely from decommissioned weapons: bits and pieces of old AK-47s, bullets and machetes and all the horrible paraphernalia of war, most of them made in peaceful Western countries and exported to Mozambique, so that the government aid given by the West to that poor country would flow back to our own industries. That shows you just how warped and twisted this world order really is.

It occurred to me only after seeing this Sculpture that if you were to beat a sword into a plougshare, you would still remember that it was a sword. It would still bear the scratches of its former use as an implement of violence. It's a bit like the risen body of Jesus Himself, which still bears the marks of His crucifixion in His hands and His side.

The Mozambique Tree of Life is a stunningly beautiful and moving work of art (pictured above). It stands as a reminder both of the violent horror of the world and the hope of new creation, where people will use the valuable materials of the earth to cultivate life instead of crafting death.

Swords into ploughshares and spears into pruning hooks.

This hope of disarmament goes hand-in-hand with agrarian well-being for all.  As someone once said, Jesus is coming - plant a tree! Grow a garden!

In this present world order, those who have the insatiable appetite of consumerism covet the vines and fig-trees of others and therefore exploit, oppress and wage war to obtain them. And so they live in fear of dying by the sword. But those who live under God’s rule are content with a more modest life under their own vine and fig tree, dwelling in peace and security.

You see, if the nations of the world could trust each other and not exploit one another, they could dismantle their military machines.

This weekend the world lost a great voice for peace,Rabbi Lord Jonathan Sacks, former Chief Rabbi of the UK, and on this very point he said:

“The single greatest mistake, and it’s been made many times in history, is to believe that peace [and prosperity] is a zero-sum game. If I win, you lose. If I suffer, you gain. It isn’t so. The truth is the opposite. From violence both sides suffer. From peace, both sides gain. That is why no one does a service to peace by demonizing one side and making heroes of the other. Peace is a duet scored for two voices; and someone who thinks that one voice can win by drowning out the other just hasn’t understood what a duet is.” (From Optimism to Hope, p. 73.)

“From war, no one gains. From peace, everyone benefits.”

Friends, the good news today is that there will be a universal and lasting peace among people of goodwill. But those who do not accept the peace of this Kingdom, of their own choice, suffer judgment.

In the meantime, as we live in anticipation of His kingdom coming in its fulness, His kingly Word comforts us in sorrow, restrains us from temptation, and gives us courage to endure suffering.

His voice, which will render judgment on the last day, has the power to change things even now. That’s what Jesus says in our Gospel today: Very truly I tell you, (meaning, He really wants to emphasize this): anyone who hears my Word and believes in Him who sent me has eternal life. He does not come into judgment, but has passed from death to life.

The one who hears and believes His Word is made nothing less than a new creation, born again into eternal life, receiving even now a foretaste of eternal life to come.

Friends, what this means is that we can discover how to live in heaven while still on earth. We can taste paradise within the hardships of this world. We can experience eternal life while going through the valley of the shadow of death. And this is so because Jesus Christ has gone through the valley of the shadow of death for us, He has trodden that path and blazed a trail for us, and has now been raised and enthroned as King on Mount Zion.

In the words of St. Paul: Who then shall separate us from the love of Christ? Shall tribulation, or distress, or persecution, or famine, or nakedness, or peril or sword? […] No. Nothing else in all creation will be able to separate us from the love of God in Christ Jesus our Lord, King and righteous judge (Rom. 8:31-39). To Him be glory and eternal dominion now and forever. Amen.