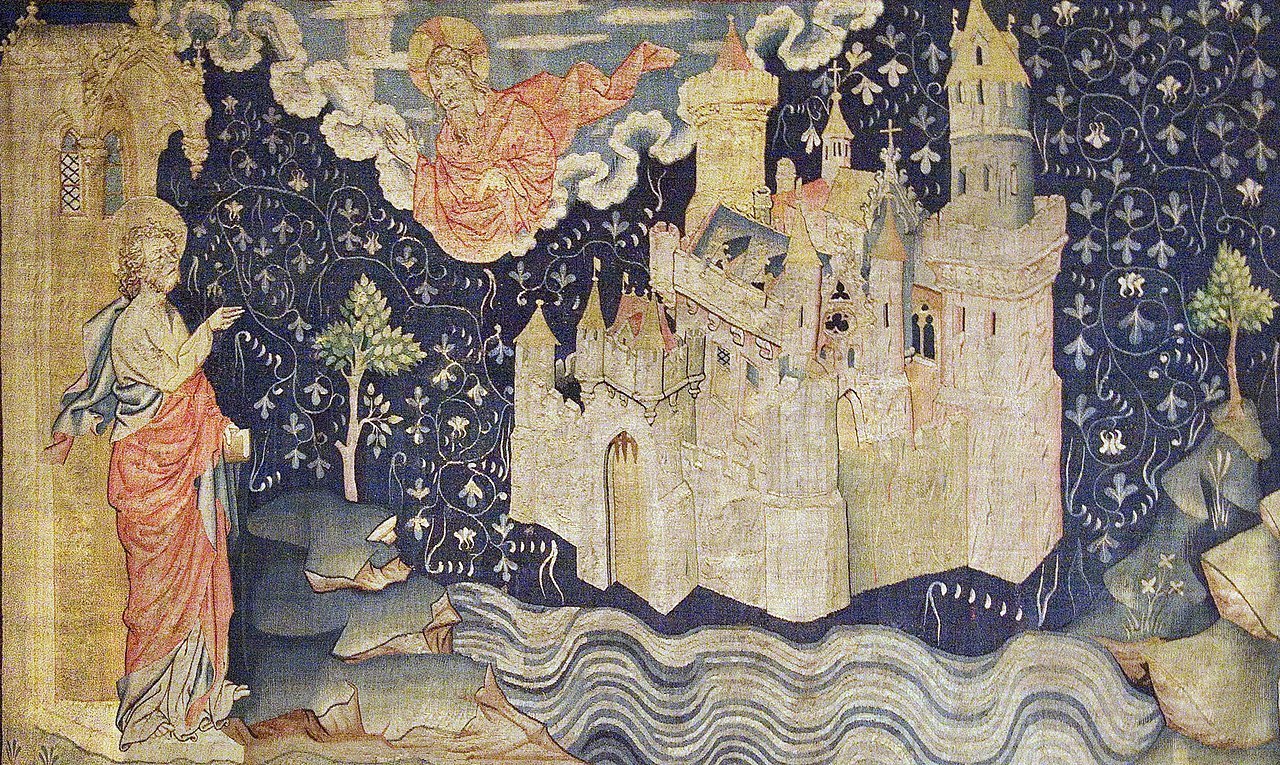 St. Paul, an early Christian missionary, planted the church in Galatia and then went on to preach and plant other churches elsewhere. The Galatian church was comprised mostly of believers who were Gentile, or non-Jewish. Sometime after he left Galatia, a problem arose in the congregation; and Paul wrote this letter to address the problem.

The problem was this: a group of teachers in Galatia were now insisting that the Gentile Christians practice all the customs and ceremonies from the Law of Moses. Basically, they were saying: ‘It’s not enough to believe in Jesus, men have to be circumcised and everyone has to follow the ceremonial and dietary laws from the Torah.’

Paul’s responds by saying that this is contrary to what he taught them.

Now, at first, this situation sounds very foreign to us – after all, no one is saying to you today that you need to become more Jewish in order to be a real follower of Jesus.

But actually, the basic problem with this kind of false teaching is still very much around today.

The basic issue here is the idea that faith in Jesus is not quite enough, you need to do something else to be acceptable to God.

For Christians today, the 'something else' could be a number of different things. For example:

Paul would say that all of these are totally wrong. He insists that because we are so thoroughly sinful, we cannot make ourselves acceptable in God’s sight through anything that we do. We are saved by faith in the person and work of Jesus Christ - plus nothing else.

If you say to yourself, ‘To be a real Christian, I need Jesus plus [something else],’ then the ‘something else’ is your real god, and you completely lose the good news of the gospel.

So that’s the background of Paul’s letter to the Galatians, that’s the problem he was addressing.

Now, what do we make of our passage from the end of chapter 4, with this strange talk about the slave woman and the free woman?

Basically Paul takes one story from the Old Testament and uses it as an illustration of his main point.

The story is the story of Abraham, his wife Sarah and her slave woman, Hagar. God promised Abraham that his offspring would be as many as the stars in heaven and all the world would be blessed through his offspring. But at the time Abraham had no children; his wife Sarah was barren, she could not conceive.   Some time passed and they grew impatient waiting on God’s promise to be fulfilled, so they decided to take matters into their own hands. Sarah said to Abraham, ‘Go into my servant [Hagar], it may be that I shall obtain children by her.’ […] Hagar did conceive and she bore a son named Ishmael; and Hagar looked with contempt upon Sarah because she was barren and well past the age of child-bearing.

Eventually God’s promise to Abraham and Sarah was fulfilled, despite their lack of faith. Sarah miraculously conceived Abraham’s child and bore a son named Isaac. Ishmael then mocked Isaac, much like his mother Hagar had mocked Sarah, and so Sarah demanded that Abraham throw them out of the household: ‘Cast out the slave woman and her son, for the son of the slave woman shall not inherit with the son of the free woman.’

It’s a story of jealousy, pride and sex involving some flawed people who act in treacherous ways; and yet through all that, God’s promise to Abraham is carried out – Isaac, the son of God’s promise promise, is born.

Paul uses this story to say that the false teachers in Galatia are like Ishmael – they are the children of the slave woman, born according to the flesh. This would have very shocking and offensive to them.

But Paul’s point here is simply this: if you trust in yourself and your obedience to some code of law or behavious, then you are taking things into your own hands and not trusting in the gracious promises of God.

And if you believe that your keeping of your code of law is what makes you acceptable to God, then you are a slave – you will be bound and shackled by the uncertainty of not knowing whether you are being good enough.

But Paul says that we are children of the free woman and children of promise. God’s grace is for those who see themselves as barren and desolate like Sarah – unable to bear any fruit of good works through our own effort.

When we despair of our own efforts to be good and admit that we are barren and desolate, only then can we put our full trust in Jesus, the true promised offspring of Abraham who brings blessing to all. As God-in-the-flesh, Jesus lived a life of perfect obedience to the Law; and in His death He bore the punishment for our disobedience. And through the power of His Resurrection and Ascension, He gives to us His Holy Spirit, so that we who were once barren and desolate can now bear abundant spiritual fruit – the fruit of love, joy, peace, patience, kindness, goodness, gentleness, faithfulness and self-control.

We live in the freedom of knowing that through Jesus we are both forgiven and given the strength to be truly good, from the inside out. For our part, our obedience, goodness and service to God are based only on our thankfulness to Jesus – they are in no way a slavish burden.

But as Paul says, there is always a temptation to slip back into the old slavery of trusting in ourselves and our own goodness. That’s why he says, For freedom Christ has set you free; stand firm therefore, and do not submit again to a yoke of slavery.

Our life in Christ requires us to keep alert, to be strong and to stick together in resisting the temptation to trust in ourselves, rather than Jesus.

In today’s Gospel, we see Philip failing to trust in Jesus’s power to feed the large crowd. He says, ‘200 denarii worth of bread would not be enough for each of them to get a little.’ Philip sees only the complete impossibility of the financial situation. But Jesus takes what little the disciples can muster and He multiplies it abundantly so that all can be fed and satisfied.  And so friends, today we are refreshed and strengthened by the power of Christ's Word, the bread of life come down from heaven.

Although your faith may seem weak, His power working within you can do infinitely more than you could ever ask for or imagine.