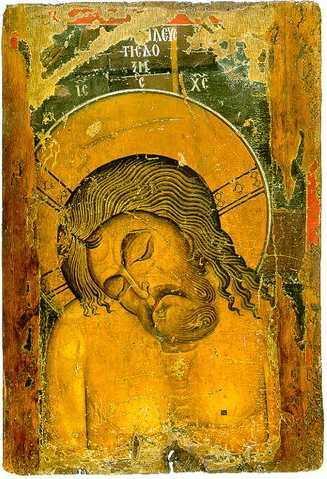 Read the Introduction and Part I of this series

*Please be advised that the Book of Lamentations contains disturbing imagery*

Family terms recur throughout chapter 2. During the siege of Jerusalem, we hear harrowing reports of children fainting in the streets and begging their mothers for food (2:11-12, 19). So desperate was the starvation, that people had to resort to cannibalism - the women fought over which dead child would be eaten next (2:20). The elders, the male heads of families, mourn in sackcloth and dust (2:10). Virgins and young men, the strength and pride of the city, have fallen by the sword. Both young and old lie on the ground in the streets (2:21).

But of all the kinship terms used throughout the horrendous scene of chapter 2, one is repeated far more than the rest: the personification of Jerusalem's inhabitants as the daughter of Jerusalem or Zion or Judah (2:1, 2, 4, 5, 8, 10, 11, 13, 15, 18). Zion refers to the mountain on which the city is located. Judah is the country and tribe of which Jerusalem is the capital.

In the ancient Near East, it was typical for a capital city to be personified as a woman and the inhabitants of that city collectively as her daughter. Jerusalem was distinct in having the LORD God of Israel as her husband and father of her children. It’s an endearing term that speaks of the LORD’s love for His people and His close familial relationship to her.

However, in the Old Testament prophets and especially in Lamentations, the use of this image usually occurs in the context of a broken relationship. During times of war and calamity, Jerusalem was described as a barren woman or widow, or as a young maiden daughter who was to be betrothed but has now been abandoned, abused, violated and left for dead. Her former beauty has been thoroughly defaced (2:1).

The violation of the virgin maiden is a striking image used for the penetration of the city wall and descecration of the temple at the hands of the foreign Babylonian army (2:6-9). As in 1:10, here again we can see and mourn the contemporary Church's worldly demise. Her kings and her princes are among the nations; the Law is no more, and her prophets find no vision from the LORD (2:9), or only false and deceptive visions (2:14).

The centrepiece of chapter 2 is Jeremiah's helpless cry: What can I say for you, to what compare you, O daughter of Jerusalem? What can I liken to you, that I may comfort you, O virgin daughter of Zion? For your ruin is vast as the sea; who can heal you? (2:13 ESV).

In John's account of the crucifixion of Jesus, His mother and the beloved disciple stand underneath the cross, where they are made to be the new family of God in Christ. Jesus establishes this new family by 'calling people into a new relationship with Him and with one another.' His mother and the beloved disciple 'represent the way that family ties are transcended in the church by the ties of the Spirit.' (Fleming Rutledge, The Last Seven Words from the Cross, Kindle Location 201).

The degraded and dispersed family of Lamentations 2 is reunited and renewed by Christ through His cross. As the only-begotten Son of God, Jesus is the true son of desolate Jerusalem and the bridegroom of her debased daughter. In His passion and crucifixion, He finds her and espouses her, assuming her defilement and shame. The insults borne by the daughter of Jerusalem in Lamentations 2 bear a striking resemblance to those borne by Christ on the cross:

In the midst of this pandemic, with our churches closed for the festival (1:4), it may seem as though the Church has lost her former beauty and is bereft of her children. But in this time of dispersement and relative desolation, we can still identify the Church as our mother and our fellow Christians as our brothers & sisters. May this time apart make us yearn for each other as long-lost siblings, and for our mother's comfort and consolation. May new sons and daughters be born through new forms of evangelism. And may we all renew our vows to Christ the bridegroom, who loved us and gave Himself up for us (Ephesians 5:2).

The Collect for Good Friday

Almighty Father, look with mercy on this your family for which our Lord Jesus Christ was content to be betrayed and given up into the hands of sinners and to suffer death upon the cross; who is alive and glorified with you and the Holy Spirit, one God, now and for ever. Amen.