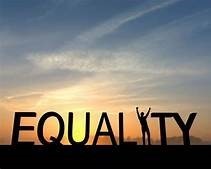 We have been very busy since March. Because of the commitment the people of St. James made at Vestry in response to the Social Justice Resolution from the Diocese, our first projects were to plan for Asian Heritage Month in May, Indigenous History Month in June and Black History Month which occurs in February. We added Pride month in June to our celebrations because we consider the LGBTQ2S+ community also among the marginalize groups. The Social Justice team has completed three months of meetings, writing articles, attending events and planning for the celebrations that took place in May and June.

Asian Heritage Month in May - we focused on South Asians of Caledon, but had many articles about Asian Canadians and their history in Canada.  Our May newsletter contained articles on both of these subjects. We posted an article on the festivals celebrated by South Asians, an interesting story about Gandhi and an article about the many South Asians who continued to work even while the pandemic was raging in Brampton in order that others would have what they neeeded at this time.  On  two Sundays we featured South Asians from our parish and had a chance to learn more about their culture and the challenges of living and raising a family in another environment.

Indigenous History Month in June – again numerous articles, including those about Residential Schools and the Truth and Reconciliation Commission Report, the Missing and Murdered Indigenous Women and Girls and the Reclaiming Power and Place Report. The June newsletter featured an article on the history of Indigenous people in Caledon and some explanation of the Pride flag and celebrations. We had an interesting Sunday event when Fr. Chirs shared his experiences as a pastor to Indigenous villages in Saskatchewan. And, of course, we had the sad news of the unmarked graves found at two residential schools in B.C. and Saskatchewan, and more to come as they start the task of checking out all the school sites in Canada.

But there was some good news.  A National Indigenous Peoples Day has been declared, the government is moving on some of the actions required in the TRC Report and some from the MMIWG report.

Pride Month in June – we marked this with articles on various subjects to do with the LGBTQ2S+ community – the disconnect with religion, conversion therapy and the struggles experienced by gay youth.  On June 24 we presented the documentary Badge of Pride to the parish via zoom, and on Sunday, June 27, Joy Holroyd, a member of PFLAG, spoke to us after the service about her experiences as a mother of a transgendered child.

We ended with the news that the government planned more funds to deal with some of these topics and the Bishop of Toronto issuing a moving apology to the LGBTQ2S+ community on behalf of the Diocese.

St. James presented a sign outside the church - indicating that the parish was celebrating both Indigenous History and Pride during June.

The SJ Committee intends to continue – but we do wonder if you the people of St. James took part in these special Sunday events, or if you read the eblasts sent out with the information during these months.  We hope so.  We are intending to move on with our work on social justice and trusting, with things starting to open up, that a lot more can be done by dealing with other SJ teams, people from the minority groups and local government. Our next meeting is scheduled for July 14 at 3:30.

"Our greatest ability as humans is not to change the world; but to change ourselves." Mahatma Gandhi